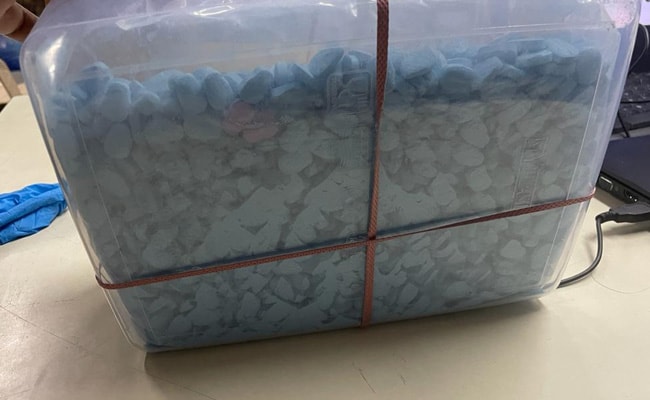 Drugs were likely to be smuggled into India through an International Courier Parcel.

A parcel consisting of narcotic substances that was being smuggled into India in an international courier parcel was intercepted at the Air Cargo Complex by the Directorate of Revenue Intelligence (DRI), said officials on Sunday.

Based on intelligence that narcotic substances were likely to be smuggled into India through an International Courier Parcel, officers of DRI, Mumbai intercepted the parcel at the Air Cargo Complex, Mumbai October 20.

The Parcel had originated in Paris and was destined for an address in Nalasopara on the outskirts of Mumbai. A thorough search of the parcel resulted in the recovery of 1.9 kg of Amphetamine Type Substance in the form of tablets valued at more than Rs 15 crores in the illicit international market, informed the customs officials.

According to the officers of DRI the tablets were packed in polythene packs concealed inside the body of the corrugated packaging material.

In a follow-up action, the DRI officers, in a meticulously planned operation uncovered multiple layers of recipients through which the consignment changed hands.

The Nigerian national was also arrested when he came to receive the parcel. Thus, three persons, including a Nigerian national, have been apprehended so far in this case, informed the officials.

Further investigation into the case is under progress.

Tusshar Kapoor says he waited to get a murder mystery like Maarrich: ‘A lot of people come to me for comedies only’