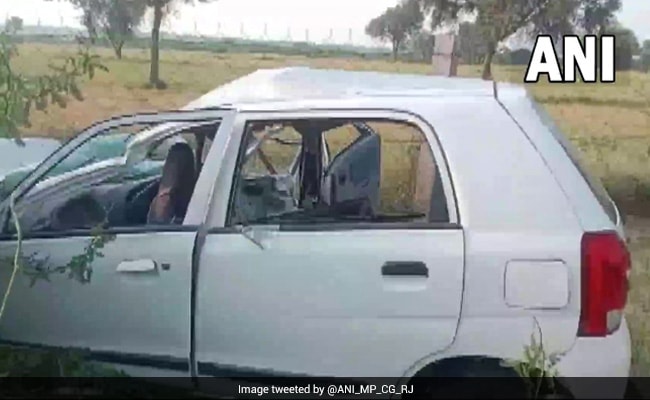 Further investigation into the case is underway.

Three people died and two more were injured after a truck and a car collided in Rajasthan’s Barmer on Saturday.

The accident was reported at Gudamalani in the Barmer district of Rajasthan.

“There has been an accident between a truck and a car. Three people have died, and two injured persons have been rushed to the hospital,” Shubhkaran, the Circle Officer told ANI.

Three people have been confirmed dead by the police while the injured are undergoing treatment at the hospital.

Further investigation into the case is underway.

Earlier on Friday, an accident was reported after five people were killed and a dozen others were injured after the jeep they were travelling in collided with a truck in the Nagaur district of Rajasthan.

The accident occurred on the intervening night of Thursday and Friday at the Ladnun Highway near Rajasthan’s Burari village while the victims were returning from Ramdevra.

The injured persons were taken to the JLN Hospital in Nagaur while the ones severely injured were referred to a hospital in Jodhpur.