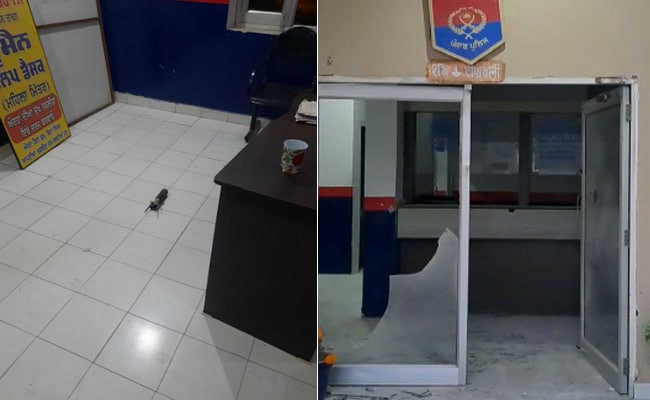 A low-intensity blast was reported at the Tarn Taran Police Sanjha Kendra in Punjab on December 10.

Four persons were detained in connection with a low-intensity blast that took place at the Tarn Taran Police Sanjha Kendra in Punjab on December 10, Inspector General of Police Sukhchain Singh Gill said on Monday.

The official also informed that the police have got to the bottom of the matter and confirmed that it had cross-border links.

Speaking to ANI, the IGP said the police have identified the suspect and two more suspects, who executed the attack will be detained.

“Senior officials are investigating, we have detained four people, who helped with logistics. 2 more suspects who executed the attack will be detained. Our probe is on the right path. Within 2-3 days, we will reveal details on the Tarn Taran police station attack,” he said.

“Those who gave logistical support are being identified. We got both components of RPG. The suspect has been identified and we’ve got to the bottom of the matter. We can’t tell much more than this but it has cross-border links,” the IGP added.

A low-intensity blast was reported at the Tarn Taran Police Sanjha Kendra in Punjab on December 10, which the police said was carried out with a Rocket Propelled Granade (RPG).

A case was registered under the Unlawful Activities (Prevention) Act.

Following the attack, a National Investigation Agency (NIA) team arrived at the Sarhali Kalan police station in Tarn Taran on Saturday evening and hinted at a ‘terror link’ to the incident.

A shadow pro-Khalistan outfit Sikhs For Justice (SFJ) claimed responsibility for the attack later on Saturday.

“We’ll investigate SFJ’s claim. We’ll investigate all angles & theories. Handlers & operators in Pakistan, elements they’re in touch within Europe, North America & their links are being probed so that real perpetrators are arrested soon.”