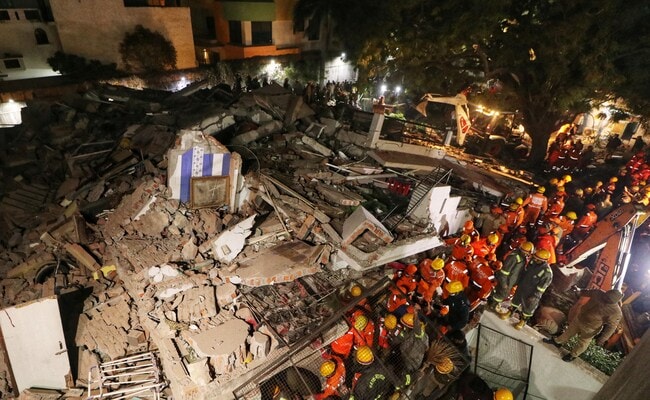 Some people are feared trapped after a four-storey building collapsed in Lucknow.

Five people are still feared trapped under rubble and rescue efforts are on after a four-storey residential building collapsed in Uttar Pradesh’s capital Lucknow on Tuesday. Fourteen people have been rescued during the last 14 hours. Those trapped are being supplied oxygen and the cause behind the collapse is yet to be ascertained. No deaths have been reported yet.

UP Deputy Chief Minister Brijesh Pathak is on the spot, overseeing search and rescue work involving teams of the state and national disaster response force.

An earthquake had been reported across northern India earlier in the day, though officials are yet to check if the tremors had weakened the old building.

Hazratganj is dotted with old buildings. The one that collapsed today was known as Alaya Apartments.

Chief Minister Yogi Adityanath’s office in a statement said it has asked rescue officials to work fast to find survivors. The Chief Minister’s office said hospitals have been asked to remain alert and promised aid to the injured.