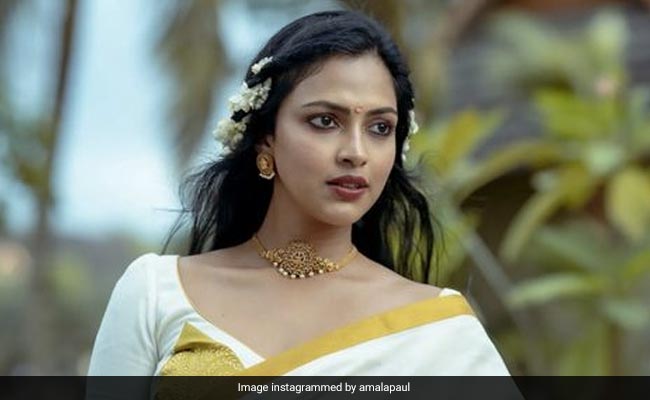 Amala Paul, in a recent interview with ETimes, opened up about why she refused to be a part of Mani Ratnam’s dream project Ponniyin Selvan. The actress revealed that when she initially auditioned for the film, she did not get the part. However, when Mani Ratnam called her in 2021 and offered her a role in the project, she refused to star in it because she was “not in the mental state to do it.” Amala Paul told ETimes, “There has been a very valid reason for why this has happened. So, Mani Ratnam sir auditioned me for Ponniyin Selvan and I was so excited for that. I am a huge fan of Mani sir and I was so excited for it. And that didn’t happen at that time. I was so disappointed and sad.”

The actress added, “Then in 2021, he called me for the same project. And like I said, I was not in the mental state to do it, so I had to turn it down. If you ask me if I regret doing that, I won’t, because certain things are just perfect. It’s perfectly designed and I think it’s just about how we look at.”

Produced by Lyca Productions, the first part of magnum opus Ponniyin Selvan will hit the theatres on September 30 this year in five languages – Tamil, Hindi, Telugu, Malayalam and Kannada. The film will clash with Hrithik Roshan and Saif Ali Khan’s Vikram Vedha at the box office.