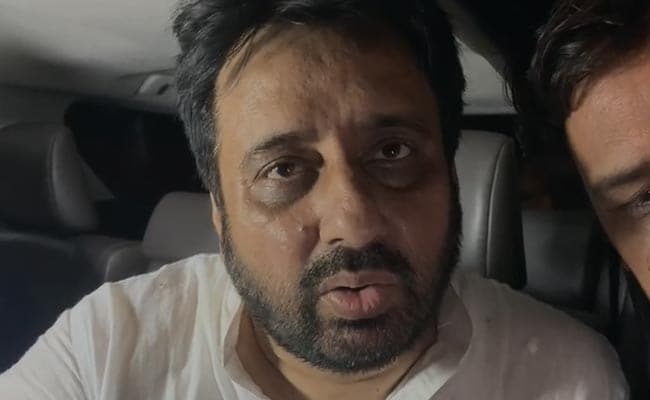 The Anti-Corruption Branch arrested Amanatullah Khan after conducting raids at his premises. (File)

A Delhi court on Monday sent AAP MLA Amanatullah Khan to 14 days of judicial custody in a case related to alleged irregularities in the Delhi Waqf Board recruitment.

Special Judge Vikas Dhull passed the order and posted the bail hearing for Khan on Tuesday.

Earlier, on September 21 the court had extended the custodial interrogation of Amanatullah Khan by five days.

The Anti-Corruption Branch (ACB) arrested Khan after conducting raids at his premises on September 16.

According to the FIR, Amanatullah Khan, while working as chairman of the Delhi Waqf Board, illegally recruited 32 people by violating all norms and government guidelines.

The then CEO of Delhi Waqf Board had clearly given a statement and issued a memorandum against such illegal recruitment, it said.

Further, it was alleged that as chairman of the Delhi Waqf Board, Khan rented out several properties of the Waqf Board illegally amid allegations of corruption and favouritism, it added.

The FIR also alleged that he misappropriated funds of the Waqf Board comprising grants-in-aid from the Delhi government.