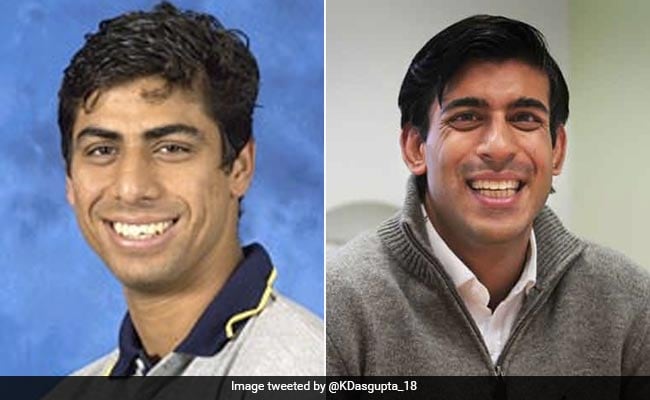 Rishi Sunak is set to become the first Indian-origin PM of Britain.

Rishi Sunak will become the first Indian-origin Prime Minister of Britain. While many Indians are delighted at Rishi Sunak creating history, some on social media decided to use the opportunity to showcase their creativity. Memes on Rishi Sunak started doing the rounds on Twitter as soon as his rival Penny Mordaunt withdrew from the race to be the next UK PM.

Here are some tweets which will help you decide whether Rishi Sunak looks like Ashish Nehra:

Rishi Sunak and Ashish Nehra seem to be brothers who were estranged in Kumbh Ka Mela.#Rumor
😜😆 pic.twitter.com/rMSrFOZb3r

Rishi Sunak is a devout Hindu, who cites shlokas from the Bhagavad Gita and lights diyas on Diwali. His parents are of Indian descent. He took oath as Yorkshire MP on the Bhagavad Gita. Since he is rooted in Indian culture, only fair that we ask the soon-to-be Britain PM for the diamond Kohinoor, right?

My foolproof plan to get back Kohinoor once Rishi Sunak becomes PM.

– Invite him to visit India.
– Kidnap him when he goes to his in laws house and got stuck in Bangalore traffic
– Send Ashish Nehra as UK PM.
– Get a bill passed to return Kohinoor

This don’t require plan B

PM Modi and PM #RishiSunak discussing how to get Kohinoor back to India. pic.twitter.com/mXlWR0q2r9

#RishiSunak planning how to bring back Kohinoor to India pic.twitter.com/3L3uSksvR5

The Kohinoor is a 105.6-carat diamond steeped in history. The diamond was found in India in the 14th century and changed many hands over centuries. In 1849, after the British annexation of Punjab, the diamond was ceded to Queen Victoria. It has been part of the British Crown Jewels since then – but continues to be the subject of a historic ownership dispute among at least four countries, including India.

Rishi Sunak is married to Infosys chief Narayan Murthy’s daughter Akshata Murty. Twitter users made good use of this info too.

If NRN and Sudha move into Dus Number, perhaps it can be called Teen Murti Bhavan

Here are some other funny tweets on Sunak being chosen to be UK PM.

Sunak, Britain’s former finance minister, is expected to meet King Charles tomorrow and will then officially take over as the UK Prime minister.