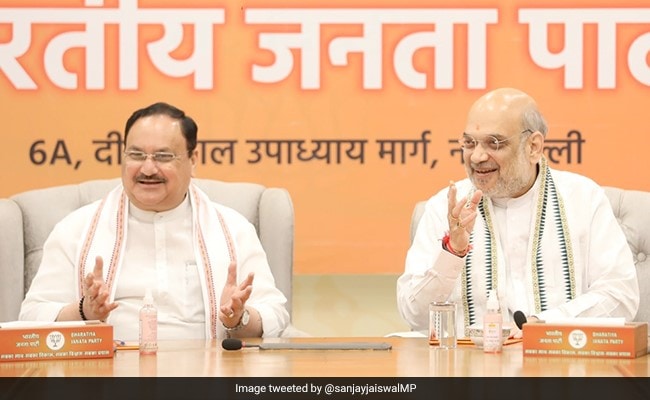 With an eye on the 2024 elections, BJP chief JP Nadda and senior leader Amit Shah will hold a brainstorming session on Tuesday with key party leaders to draw a roadmap for winning the 144 Lok Sabha seats it could not in previous elections, sources said.

The list includes constituencies where the BJP came second or third in the 2019 Lok Sabha elections, and also some which the party has never won. The party divided these seats into clusters and appointed one Union minister as their in-charge.

Another set of ministers was sent to assess the political situation by visiting all assembly segments within these constituencies, spread across states including West Bengal, Telangana, Maharashtra, Punjab, and Uttar Pradesh.

They were also tasked to identify potential candidates.

The ministers will present a detailed report on these constituencies during the meeting.

The sources said the ministers have visited almost all these constituencies and gathered electorally crucial details.

The ministers have done a SWOT analysis of the BJP’s position in these constituencies and identified steps to be taken to ensure its victory in the 2024 elections, the sources said..

The party has drawn a detailed blueprint on these constituencies which includes information on religion, caste, geography, inclination of voters, and the reasons behind it, the sources added.