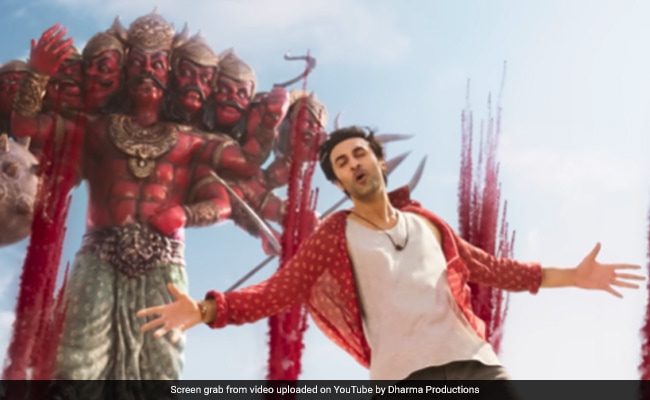 Ayan Mukerji’s Brahmastra recorded a fantastic opening day collection, according to Box Office India report. According to the report, the Ranbir Kapoor-Alia Bhatt film has collected about ₹31.5-32 Crore in its Hindi version and about ₹4.5 Crore in other languages in India, which reportedly is a record for Hindi films. Brahmastra‘s all-India day one total stands at ₹36-36.5 Crore, which is the highest opening day in history on a non-holiday for original Hindi film, according to BOI report. The only film to have recorded highest opening day collection on a non-holiday was Prabhas’ Bahubali – The Conclusion.

According to the report, Ranbir Kapoor’s Brahmastra witnessed over 100 people in the audience for its morning shows, which has been a rare case for any Hindi film lately. However, according to BOI’s report, the occupancy rate has been lower than Ranbir’s Sanju.

Mumbai witnessed better collections compared to other cities since the release of Akshay Kumar’s Sooryavanshi in November 2021. Brahmastra fared well in the south as well as the film collected over ₹6.5 Crore in its Hindi version and over ₹3.5 Crore in other languages. The other cities, where the film did well was Delhi-NCR, Kolkata and Chandigarh.

Although the film’s collection in places like Rajasthan and Bihar were not so good, they are comparatively more than RRR and Sooryavanshi.

On Saturday, Ayan Mukerji shared a post on Instagram, announcing the global collection of the film, which stands at ₹75 Crore. The filmmaker wrote, “BRAHMĀSTRA DAY 1. Gratitude. Excitement. Hope. A Big Thank You to Everyone Everywhere who has gone to the Cinemas to experience Brahmāstra, keeping our movie-going culture, vibrant and dynamic. Looking forward to the next few days…”

Brahamastra Part One: Shiva released in theaters on September 9.

‘World Does Not Need Lessons On Human Rights, Democracy From Pakistan’: India At UN