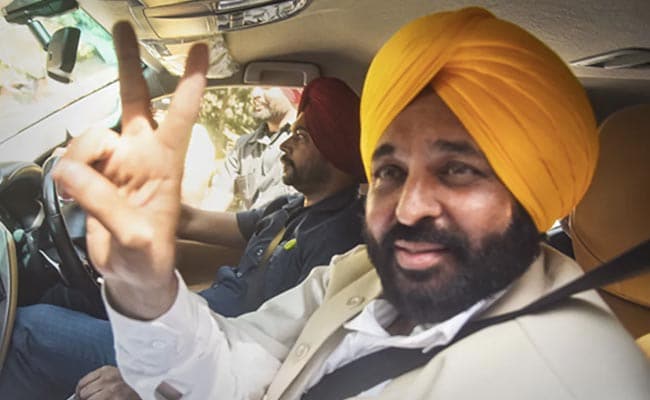 Besides Arvind Kejriwal, his family and Raghav Chaddha, no one outside the family has been invited.

Punjab Chief Minister Bhagwant Mann is getting married today and guests have arrived for the intimate ceremony at his home in Chandigarh.

Aam Aadmi Party (AAP) chief and Delhi Chief Minister Arvind Kejriwal and Raghav Chaddha are among the guests at the low-key wedding.

“He is embarking on a new journey today. I wish him a happy married life,” Mr Kejriwal told news agency ANI.

Bhagwant Mann, 48, is marrying Gurpreet Kaur, a doctor whom he has known for a few years through family ties. Gurpreet Kaur, 32, reportedly also helped him during his Punjab election campaign

“His mother’s dream was for him to marry again and settle down. I congratulate him. God bless the couple,” Raghav Chaddha told reporters.

The former stand-up comic was divorced six years ago and has two children from his previous marriage. His children live their mother in the US. They came for Mr Mann’s oath ceremony on March 16.

Besides Arvind Kejriwal, his family and Raghav Chaddha, no one outside the family has been invited, sources say.

Why Delhi needs to opt for native trees