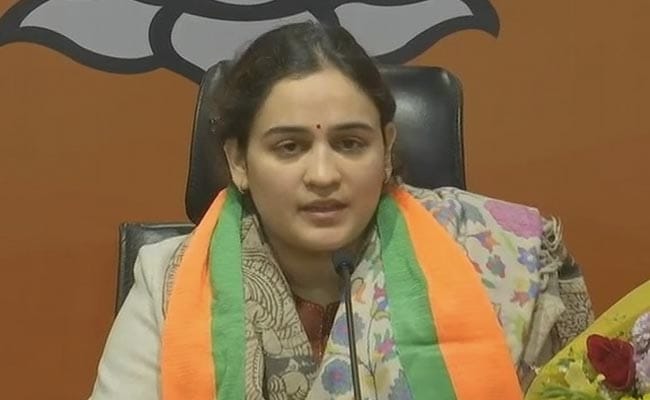 Shivpal Yadav took to Twitter and said, “Why this fight for justice is incomplete? Why is there no mention of Azam Khan sir, Nahid Hasan, Shahzil Islam and other activists?”

Supporting the statement made by Shivpal Yadav on Twitter, Aparna Yadav said, “Chacha Ji (Uncle) has made his point and has also put forward his letter and many people agree with the things that he has said.”

Aparna Yadav further slammed Samajwadi Party general secretary Ramgopal Yadav saying that in the governance of CM Yogi Adityanath, the law is same for everyone and there is no extortion of any class or religious group in the state.

She also mentioned that choosing a tribal woman as a presidential candidate is in itself an example of no-discrimination policy in BJP’s ideology.

“Ramgopal Ji has said that the backwards n minorities are suppressed, they should see that if a tribal woman has become the president today, which is not seen in other countries, it is a big thing that Droupadi Murmu Ji has become nation’s President, this is a big thing and there is no case of extortion, no injustice is being done.”

Speaking on Ramgopal Yadav’s meeting with Uttar Pradesh CM, she said that meeting the CM was his way of approaching the Chief Minister and like everyone Yogi gave him his ears.

“Any person who wants to meet the head of the state has the freedom to meet respected Maharaj Ji (Yogi)… Here everyone wants to meet him, he also chose a medium for his expression and put his point in front of Maharaj Ji and he listened to him.”

Earlier, Samajwadi Party (SP) tweeted that the party’s general secretary held a meeting with Yogi and handed over a letter regarding alleged extortion and cases of suppression going on in the state against the “backwards and Muslims” and the alleged fake cases against them.

“Today, the chief national general secretary of Samajwadi Party, Professor Ram Gopal Yadav, met Chief Minister Yogi Adityanath in Lucknow. Talks were held in the context of the persecution of backwards and Muslims across the state by filing false cases unilaterally. The government should take back the fake cases,” the Samajwadi Party tweeted.