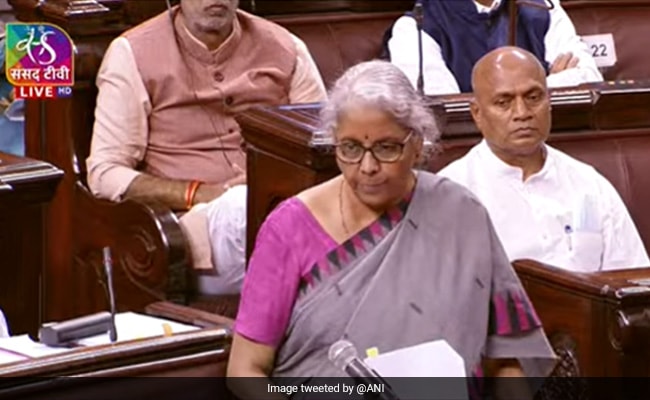 Nirmala Sitharaman gave a written reply to a question in the Rajya Sabha. (File)

Finance Minister Nirmala Sitharaman on Tuesday said a significant portion of drugs like heroin, cocaine, and hashish are being smuggled into the country through sea route.

In a written reply to a question in the Rajya Sabha, the minister said as per inputs received from Narcotics Control Bureau (NCB), the main drugs smuggled through the sea route are heroin, cocaine, hashish and Amphetamine type Stimulants (ATS).

“The percentage of these drugs smuggled through sea route vis a vis total seizures is significant, though their percentage varies from year to year,” Ms Sitharaman said.

In the case of hashis and ATS seized till November this year, 23 per cent and 30 per cent were being smuggled through the sea route.

A dedicated Anti Narcotics Task Force has been established in each of the 35 states/ union territories to control menace of drug trafficking.