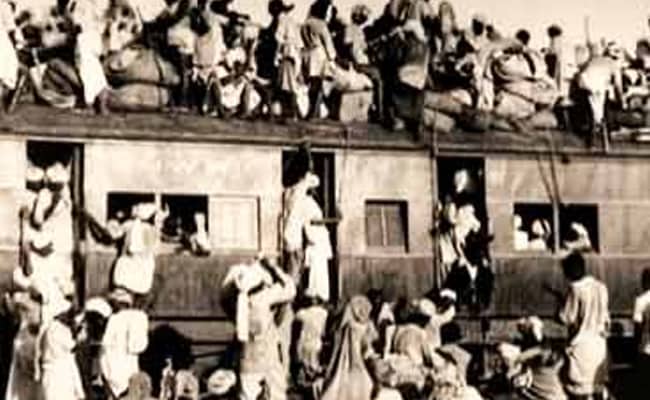 Exhibitions’ aim is to remind the country of largest displacement of human population in last century.

The government is set to hold exhibitions on “horrors of the Partition” at key public places such as railway stations, airports and malls between August 10 and August 14.

The Ministry of Culture has written to the Railway Ministry to hold such exhibitions on station premises to reach out to a maximum number of people.

Other than railway stations, such exhibitions to highlight the “tragedy of the Partition” should be organised at important public places such as banks, post offices, airports, shopping malls, educational institutions, petrol pumps, skill development centres and vocational training institutes.

The ministry has also advised that “enough arrangements for security should be made for the exhibition.” In his Independence Day speech last year, Prime Minister Narendra Modi declared August 14 to be observed as “Partition Horrors Remembrance Day”.

“Partition Horrors Remembrance Day has been envisaged to bring to light the agony, suffering and pain of millions of people who were the sufferers of Partition. It is to remind the country of the largest displacement of human population in the last century, which also claimed the lives of a large number of people.

“Your ministry has vast outreach through various railway stations across the country. Therefore, it has been decided that you may ask the railway stations to display this exhibition in 700 places,” Culture Ministry secretary Govind Mohan wrote in a letter to Railway Board Chairman and CEO V K Tripathi.

He has also said that to showcase the sufferings of the Partition-affected people, the exhibition has been curated jointly by the Indian Council of Historical Research (CHR) and Indira Gandhi National Centre for the Arts (IGNCA).

This exhibition, in English and Hindi, is available in digital format at the Azadi ka Amrit Mahotsav website.

The ministry has also said that given the sensitivity of the issue, “it should be ensured that the exhibition is showcased with the sobriety and solemnness that it deserves. It should be especially ensured that the sentiments of any section of society are not allowed to be hurt.” The ministry has also issued a standard operating procedure for organising these programmes.