Rajendran, the conductor of a Tamil Nadu government bus in Salem, died on Tuesday morning after he fell from the footboard when the driver applied the breaks to avoid hitting a dog. The incident was captured on the CCTV camera of a house near the spot. 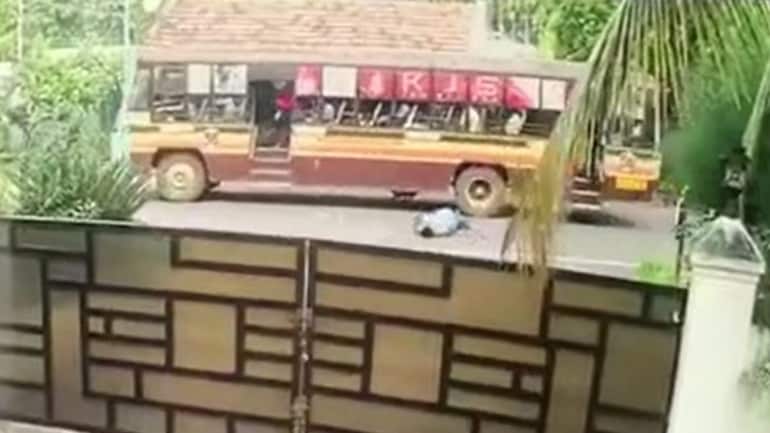 CCTV image from when the bus conductor fell off the vehicle and hit his head on the road.

The conductor of a Tamil Nadu government bus died in an accident after he lost his balance and fell from the vehicle on Tuesday morning, August 23. The entire incident was captured on the CCTV camera of a house across the road from where it happened.

The victim, Rajendran, was working as a conductor on a government bus in Salem. He was reportedly standing on the footboard and managing the passengers. He was handing out tickets to the commuters when the driver had to apply a hard break to avoid hitting a dog.

Unfortunately, Rajendran lost his balance and fell to the ground, severely injuring his head. People nearby noticed the incident and called the bus back to the spot.

They took Rajendran on the same bus to the Salem government hospital, where he was declared brought dead.

Police officials, who initiated an inquiry, recovered the CCTV footage from the house which captured the moment Rajendran fell off the bus.