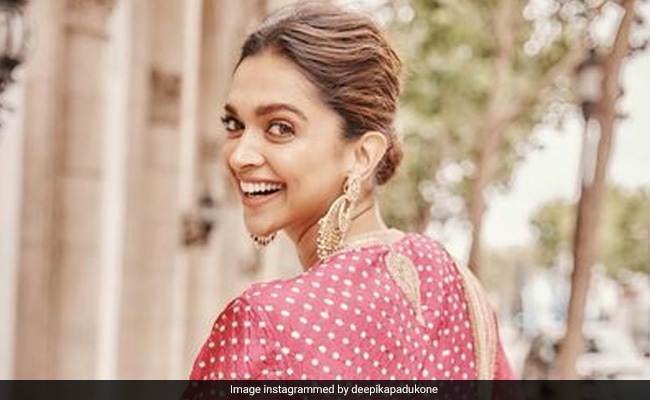 Deepika Padukone, who recently had a blink-and-miss appearance in Ayan Mukerji’s Brahmastra Part One: Shiva, is now busy with the dubbing sessions for Shah Rukh Khan’s Pathaan. The actor, on Thursday, shared a picture of a script on her Instagram and without revealing much, she used the hashtags WIP (short for Work In Progress) and Pathaan as her caption. Many of Deepika Padukone’s fans flooded her post with many comments. One of them wrote, “Gonna end dry spell of Bollywood” with a star-eyed emoji, while the other one wrote, “Super duper excited for Pathaan” with star-eyed emojis. Another fan wrote, “Wohoo can’t wait!” Many others dropped fire, heart and star-eyed emojis in the post’s comment section.

In August, the makers of the film shared the first look poster of the actor, which was also shared by his co-star Deepika Padukone on her Instagram handle.

In June, Shah Rukh Khan shared his motion poster from Pathaan on social media, also revealing the film’s release date. His caption read, “30 years and not counting cos your love and smiles have been infinite. Here’s to continuing with Pathaan. Celebrate Pathaan with YRF50 on 25th January 2023. Releasing in Hindi, Tamil and Telugu.”

A few weeks ago, Deepika too shared her first look from the film. Sharing her look on her Instagram handle, she wrote, “Tadaa” with exploding emoji.

Other than Pathaan, Deepika will also be seen in Hrithik Roshan’s Fighter. She was last seen in Amazon Prime Video’s Gehraiyaan, also starring Ananya Panday and Siddhant Chaturvedi in the lead roles.