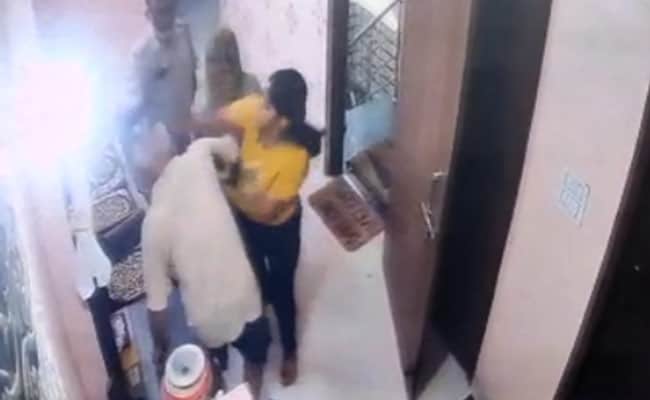 Delhi: The woman cop’s mother was also seen aiding her in the assault.

A Delhi Police sub-inspector was seen slapping her elderly father-in-law in front of her mother and another cop, a video of which went viral and prompted the police to take cognisance of the incident.

The incident occurred at the elderly man’s house in Laxmi Nagar on Sunday.

Before the assault, the woman and her mother had a heated argument with the elderly man in front of the policeman, which escalated to physical assault with the woman dealing slaps to her father-in-law one after another. Her mother was also seen aiding her in the assault.

The accused cop, posted at the Defence Colony Police Station in the city, is in the middle of a court battle against her in-laws.

A case has been registered for relevant sections under the Indian Penal Code, including for voluntarily causing hurt, news agency ANI reported citing Delhi Police. They said the concerned authority has been informed for departmental action against the accused cop.

“Had Given Warning”: Deepti Sharma On Charlie Dean’s Run Out At Non-Striker’s End During India vs England ODI