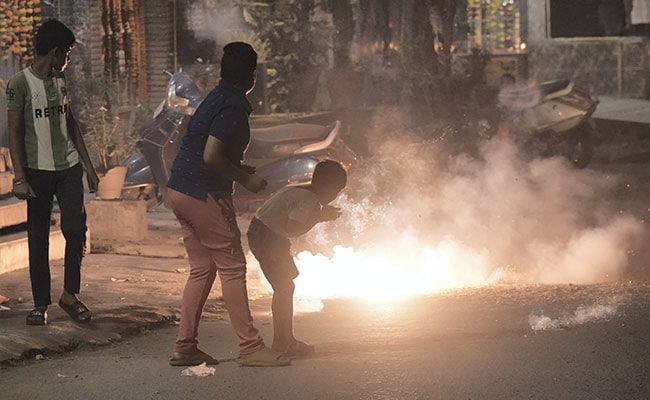 Loud thuds of firecrackers thundered throughout the Diwali night despite the legal deterrent in place, which made the air unbreathable. People started bursting crackers by dusk, and as the night progressed, the intensity of firecrackers increased.

Delhi’s air quality index (AQI) stood at 326 at 6 am today, a day after Diwali. In neighbouring Gurugram, Noida and Faridabad too, the air quality dropped in the ‘very poor’ category.

The Delhi government had banned the production, storage, sale and bursting of firecrackers this Diwali after considering environmental concerns and health hazards associated with it.

A total of 408 teams had been set up to implement the ban in the national capital. Those caught violating the ban would be fined and jailed for six months, the government had said.

The Delhi government had banned the sale and use of firecrackers last Diwali too due to concerns over alarming air pollution levels.

In addition to firecrackers, air pollution in Delhi during the Diwali period is made worse by stubble burning – a contentious practice – in neighbouring states like Haryana and Punjab.