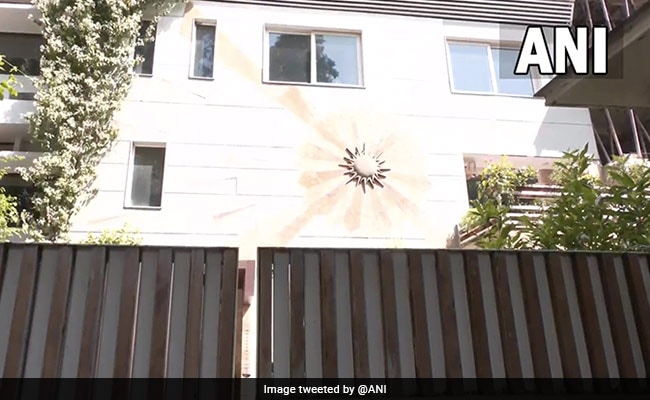 Around 30 premises in Delhi, Telangana, Maharashtra, Haryana, UP and Karnataka being searched

The Enforcement Directorate today conducted searches at multiple locations spread across Delhi and five states as part of a money laundering investigation into alleged irregularities in the Delhi Excise Policy, officials said.

Delhi Deputy Chief Minister Manish Sisodia and some bureaucrats have been named as accused in the alleged scam related to the Delhi excise policy, which has now been rolled back.

Around 30 premises in Delhi, Telangana, Maharashtra, Haryana, Uttar Pradesh and Karnataka are being searched and private individuals named in the case are being raided, the officials said.

But these do not include premises linked to Manish Sisodia or any other government servant, they said.

The federal agency initiated a probe in the case, under the criminal sections of the Prevention of Money Laundering Act (PMLA), after taking cognisance of a CBI FIR that has named Mr Sisodia and 14 others.

The CBI had conducted raids in the case on August 19, covering the Delhi residences of Mr Sisodia, 50, IAS officer and former Delhi excise commissioner Arava Gopi Krishna, and 19 other locations across seven states and Union Territories.

Probe agency ED is investigating if alleged irregularities were done in the formulation and execution of the Delhi Excise Policy brought out in November last year.

The scheme came under the scanner after Delhi Lt Governor VK Saxena recently recommended a CBI probe into the alleged irregularities in the implementation of Delhi’s Excise Policy 2021-22.

He had also suspended 11 excise officials in the matter.

Mr Sisodia too demanded a CBI probe into the alleged irregularities in the policy.

The Enforcement Directorate, during its probe, will analyse if individuals and companies who were involved in the policy-making of this scheme and related entities generated any “proceeds of crime under the definition of PMLA” and if there was any possible creation of illegal or benami assets, sources had told Press Trust of India.

The agency has powers to attach such assets and question, arrest and prosecute those who indulge in the offence of money laundering.

According to officials, the chief secretary’s report had shown prima facie violations, including “deliberate and gross procedural lapses”, to provide post-tender “undue benefits to liquor licensees” through the policy.

It is alleged that undue financial favours were extended to liquor licensees after the tenders were awarded, causing loss to the exchequer.

The excise department gave a waiver of Rs 144.36 crore to the licensees on the tendered licence fee on the excuse of COVID-19, sources claimed, according to Press Trust of India.

They added that it also refunded the earnest money of Rs 30 crore to the lowest bidder for the licence of the airport zone when it failed to obtain a no-objection certificate (NOC) from airport authorities.

“It was in gross violation of rule 48(11)(b) of the Delhi Excise Rules, 2010, which clearly stipulates that the successful bidder must complete all formalities for the grant of the licence, failing which all deposits made by him shall stand forfeited to the government,” a source told Press Trust of India.

The Excise Policy 2021-22, formulated on the basis of an expert committee report, was implemented on November 17 last year and retail licences were issued under it to private bidders for 849 vends across the city, divided into 32 zones.

On Anti-Graft Board, Siddaramaiah’s Jab at Karnataka Chief Minister

Man beaten unconscious on suspicion of theft in Pune