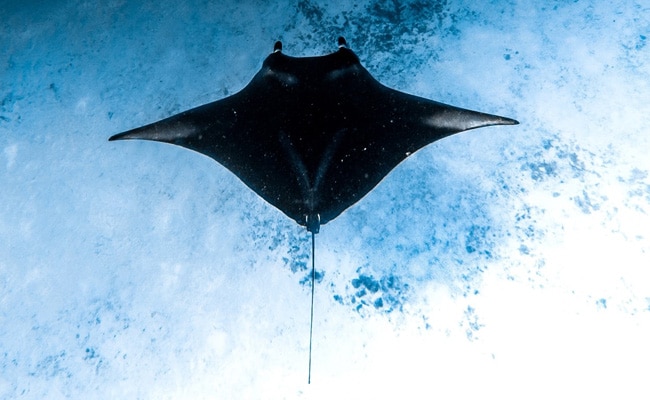 Manta rays are the largest rays in the world.

Scientists have found a huge group of manta rays off the coast of Ecuador, according to an article published in Marine Ecology Progress Series. The group has more than 22,000 manta rays, more than 10 times the population estimates in other regions. The discovery has given a new hope to ecologists and ocean scientists at a time when human activity and climate change are causing the habitats of more and more animals to shrink. They now aim to study the favourable conditions for the fish to thrive.

“It’s clear that something different is happening here. This is a rare story of ocean optimism. In other regions, we typically have population estimates of 1,000 to 2,000 animals, which makes this species very vulnerable,” Joshua Stewart, a quantitative ecologist from Oregon State University, was quoted as saying by Science Alert. He is one of the authors of the research paper on the discovery.

Mr Stewart further said that warming climate is expected to have an impact on the manta rays “as they are sensitive to environmental disruptions”.

Scientists identify each manta rays by unique spot pattern on their belly, like human fingerprints. It also helps them keep a track of the existing lot of the fish over time.

Manta rays are the largest rays in the world. According to National Geographic, the sea creatures are found in in tropical, subtropical, and temperate ocean waters across the globe.

In 2019, the manta rays again entered the endangered list of the International Union for Conservation of Nature (IUCN). The Red List of Threatened Species identified commercial fishing as the largest threat to the species.

In Spanish, “Manta” means blanket or cloak, describing the look of the animals’ large, flat, diamond-shaped bodies, which are characterised by triangular pectoral fins. Manta rays have two horn-shaped fins protruding from the front of their heads, which has also given them the nickname “devil fish”.