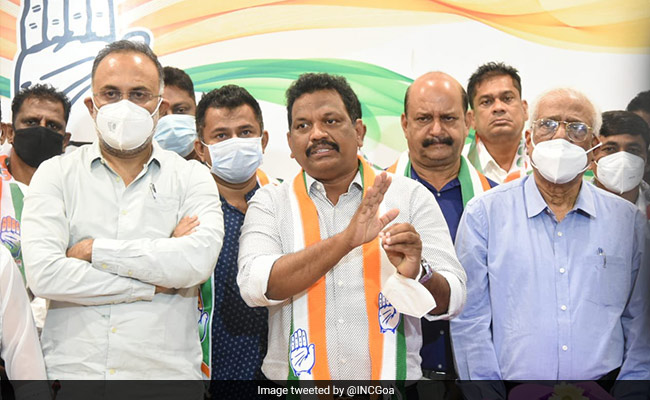 After an entire day of refuting reports of some of its MLAs crossing over to the ruling BJP in Goa, Congress has sacked Michael Lobo as the Leader of Opposition. The grand old party in a press conference said that a “conspiracy” was hatched by some of its leaders along with the BJP to weaken it and engineer defections.

“Both these people had been working in total coordination with BJP. One person – Digambar Kamat – did it to safeguard his own skin because so many cases are against him and the other person – Michael Lobo – for the sake of power and position. BJP wants to finish the Opposition,” he added.

According to sources, Digambar Kamat – the party’s Chief Ministerial nominee in the elections held earlier this year – had skipped a meeting of MLAs on Saturday.

A party meeting today saw less-than-full attendance amid reports of some leaders being in touch with the ruling BJP a day before an assembly session.

The Congress had earlier denied any rift within the party, with Goa unit chief Amit Patkar saying such rumours were being spread by the ruling BJP ahead of the two-week Budget Session of the assembly, news agency PTI reported.

Goa’s 40-member assembly has 25 legislators from the ruling BJP-led National Democratic Alliance (NDA) and 11 from the opposition Congress.

The Congress had last seen a split in 2019 when most of its MLAs switched to the BJP, leaving the party with only four former Chief Ministers in its ranks.

During the Goa elections earlier this year, the party made all its MLAs take a loyalty pledge not to switch sides.

‘Next You’ll Ask For Condoms Too’: IAS Officer’s Reply To Schoolgirl’s Query On Sanitary Pads