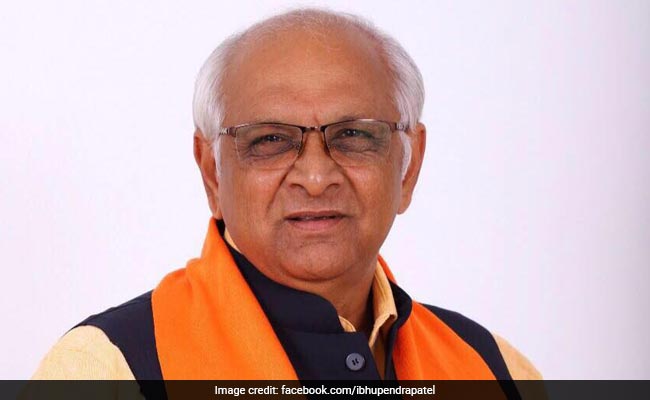 The Assembly elections in Gujarat are scheduled for two phases on December 1 and December 5.

Earlier on Tuesday, Union Home Minister Amit Shah exuded confidence in the BJP forming government in the upcoming Gujarat Assembly elections and said that the party will “break all records and win with the most number of seats”.

The Home Minister is in Gujarat’s Ahmedabad where he accompanied the Sanand constituency candidate in filing his nomination for the upcoming assembly elections.

Speaking to the media here, Shah had said, “BJP in this Assembly elections, will break all records and win with the most number of seats and will form the government with a majority.”

Shah hailed the leadership of Prime Minister Narendra Modi and Chief Minister Bhupendra Patel and said that they are giving pace to the developmental work in the state.

The Home Minister also mentioned the law and order situation and said that it has improved in the state.

“The leadership of PM Modi and CM Patel is giving pace to development work. Gujarat’s law and order situation has improved, state’s economy has grown. PM Modi’s development model for Dalits, tribals and OBC community of Gujarat is being followed by CM Patel,” he said.

The Bharatiya Janata Party has fielded Kanu Patel to contest from the Sanand constituency in Ahmedabad for the polls slated to be held in two phases on December 1 and December 5.
s
On Monday, the BJP released its fourth list of candidates, where it announced 12 names including two women candidates.

Earlier, the party released the names of 167 candidates for Gujarat polls.

BJP has fielded Lavingji Thakor from Radhanpur while VJ Jhala has been been given the ticket from Himatnagar. Alpesh Thakor has been fielded from Gandhinagar South.

In its second list of six candidates, which was released on Saturday, the BJP had also given the ticket to at least two women.

The BJP announced the first list of candidates for 160 candidates out of the 182 constituencies, on Thursday, for the upcoming Gujarat Assembly elections.

The first list of 160 candidates includes 14 females, 13 from scheduled caste, 24 from the scheduled tribe and there are 69 candidates who have been repeated.

The Assembly elections in Gujarat are scheduled for two phases on December 1 and December 5.

In the first round, 89 of the total 182 Assembly seats will go to polls and prominent political parties have declared their candidates for almost all these constituencies.

The BJP has drawn up a list of star campaigners for the upcoming Gujarat Assembly elections. Topping the list is Prime Minister Narendra Modi.

The ruling party is seeking its seventh, straight term in power in the ensuing state polls. The state has been a BJP stronghold for a long time, and the party has set its sights on returning to power with a handsome majority this time.

However, it faces a stiff electoral challenge from the Arvind Kejriwal-led Aam Aadmi Party (AAP), which has named Isudan Gadhvi as its chief ministerial candidate.

Congress is also hoping to put its best electoral foot forward to unseat the BJP government.

BJP is in power in the state for the last 27 years and it is considered a BJP bastion.