India’s World Cup-winning captain MS Dhoni is celebrating his 41st birthday on July 7, 2022.
honi, in his stellar career, has left a mark in the world of cricket that will shine for years to come.

Happy Birthday MS Dhoni: One of the greatest captains in the history of Cricket. (Reuters Photo)

Former India captain MS Dhoni, who was born on July 7, 1981, is celebrating his 41st birthday on Thursday. The Jharkhand-born cricketer continues to be one of the most revered cricketers across the globe despite minimal public appearances.

Dhoni was spotted watching the Wimbledon 2022 in London where he would be celebrating his 41st birthday alongside his family.

A small town boy from Ranchi developed himself to become the best captain and wicketkeeper in the world. It was Dhoni’s cool and composed nature that made him an icon with India’s youth.

The ‘Captain Cool’ with the Midas Touch has had an eventful career. After making his debut in 2004, Dhoni represented India in 350 ODIs with his highest score being 183 against Sri Lanka. 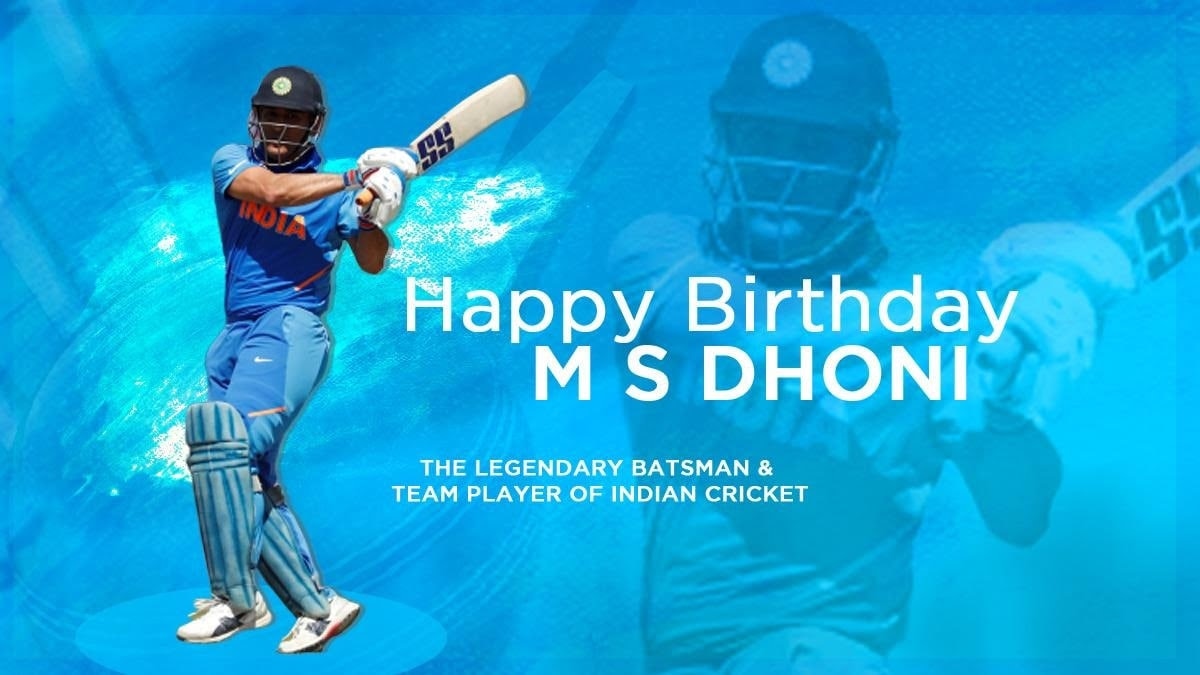 Under Dhoni’s captainship, India managed to win the 2007 T20 World Cup, 2011 ODI World Cup and 2013 Champions Trophy. He is the only captain in the world to have successfully led his team in winning all three major ICC tournaments.

The six with which he sealed the match will always remain fresh in the memories of Indian cricket fans and every cricket lover all across the globe.

Notably, India’s semi-final exit in World Cup 2019 turned out to be Dhoni’s last appearance in the blue jersey. After retiring from international cricket in 2020, MS Dhoni was last seen in action for Chennai Super Kings in IPL earlier this year.

Fans have a 41 feet cutout made to honor MS Dhoni in Vijayawada. The huge cutout depicts Dhoni hitting that legendary six in the 2011 World Cup final which he played against Nuwan Kulasekara.