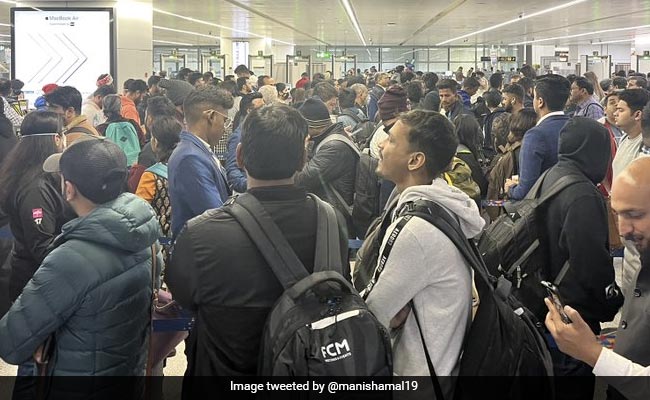 Due to increasing congestion at the Delhi’s Indira Gandhi International Airport, low-budget carrier IndiGo on Tuesday advised passengers to reach the airport at least 3.5 hours prior to domestic departures and carry only one piece of hand baggage weighing 7 kg for a smooth security check.

The airline said the Delhi airport is experiencing high footfalls, and check-in and boarding time is expected to be longer than usual. It also advised passengers to use gate numbers 5 and 6 for entry at Delhi Airport, Terminal 3, as these are nearest to the IndiGo check-in counters.

On Saturday, the Ministry of Civil Aviation ordered various decongestion measures at the IGIA, officials said. The move came in the wake of numerous complaints, including on social media that stressed on the massive congestion and even sought surprise check by the union minister at the airport in the national capital.

Officials said an analysis of the manpower requirements at immigration counters will be undertaken immediately, and if need be, additional manpower will be deployed.

Union Civil Aviation Minister Jyotiraditya Scindia on Monday paid a surprise visit to the airport and inspected all the suspected congested areas and interacted with the airport staff.

Scindia in an exclusive interview with ANI noted that steps were being taken to ensure ease of travel for air passengers.

“Today we’ve increased the number of entry gates from 14 to 16. There was a meeting with officials inside the airport where we’ve decided that a signboard should be placed at every entry gate displaying the waiting time before entry,” Jyotiraditya Scindia told ANI.