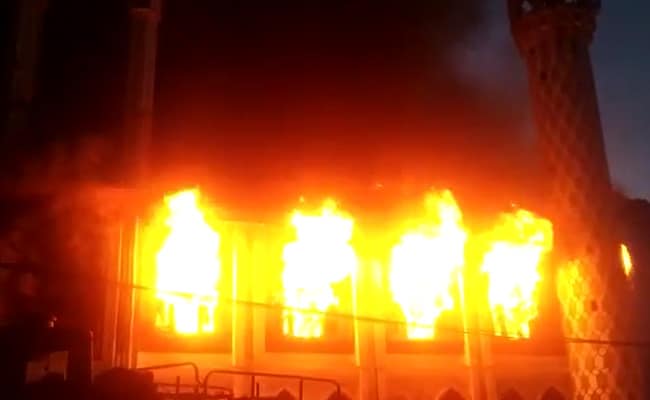 A massive fire broke out at a prominent mosque in Ladakh’s Kargil district today, damaging most of the structure.

In visuals, the fire appears to have engulfed the entire compound and the building at the Jamia Masjid in Kargil’s Drass.

People tweeted that the police, residents and firefighters are trying to put out the fire.