Netizens have been trending ‘Boycott Laal Singh Chaddha’ for quite some time now. Its lead star Aamir Khan is reportedly receiving flak on social media for comments that the actor made about India a few years ago.

Amidst all this, Kangana Ranaut took to her Instagram handle to share her opinions on the same. According to her, it is Aamir himself who has curated all the negativity around the film and that he is the mastermind behind it. 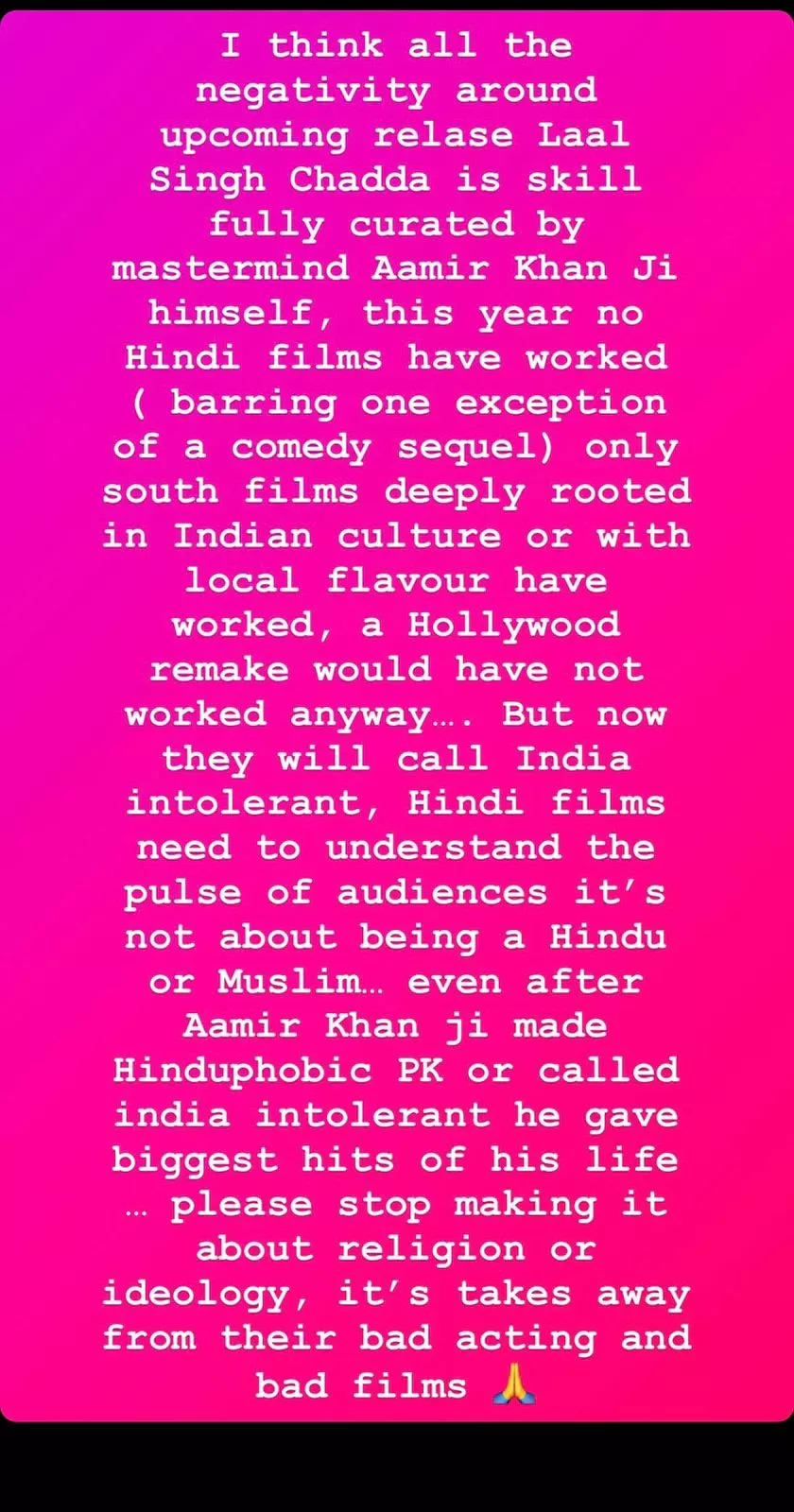 She wrote, ‘I think all the negativity around upcoming release Laal Singh Chadda is skillfully curated by mastermind Aamir Khan Ji himself, this year no Hindi films have worked (barring one exception of a comedy sequel) only south films deeply rooted in Indian culture or with local flavour have worked, a Hollywood remake would have not worked anyway.But now they will call India intolerant, Hindi films need to understand the pulse of audiences it’s not about being a Hindu or Muslim.Even after Aamir Khan ji made Hinduphobic PK or called India intolerant he gave biggest hits of his life please stop making it about religion or ideology, it’s takes away from their bad acting and bad films.’

Aamir too had spoken about the negative campaign against the film recently at a promotional event of the film. He said, “Yes, I feel sad. Also, I feel sad that some of the people who are saying this, in their heart, they believe that I am someone who doesn’t like India. In their hearts they believe, but it is untrue. It is rather unfortunate that some people feel that way. That’s not the case. Please don’t boycott my film. Please watch my film.”

‘Laal Singh Chaddha’ is an official Indian adaptation of the Hollywood film, ‘Forrest Gump’. It also stars Kareena Kapoor Khan, Mona Singh and Naga Chaitanya in key roles. The film is slated to hit the theatres on August 11. 2022.