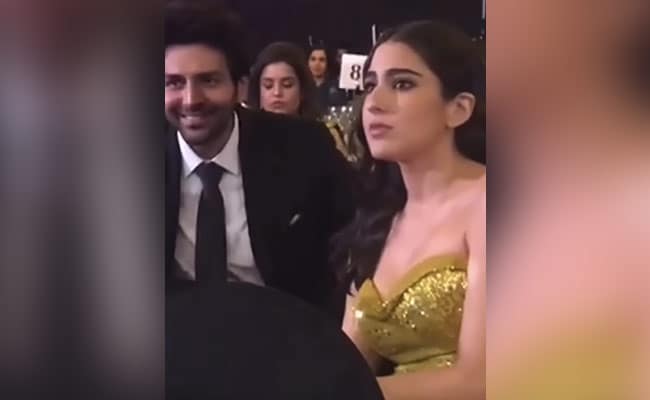 A still from the video. (courtesy: _sartiklove95_)

Kartik Aaryan and Sara Ali Khan have created a heavy buzz on the Internet after they were spotted sitting together and happily chatting during an award show on Saturday. The actors attended the inaugural OTTplay Awards 2022, and they sat next to each other throughout the award function. Videos and pictures have been shared by several fan pages on social media. In the video, Kartik, who is holding his award, can be seen chatting with Sara Ali Khan. Kartik and Sara were rumoured to be dating during the shooting of their movie Love Aaj Kal 2, but the two reportedly parted ways after a while.

Here have a look at the viral videos:

This is not the first time Kartik Aaryan and Sara Ali Khan were spotted exchanging pleasantries or chatting. Earlier this year, during an award ceremony, the two greeted each other on the red carpet and posed for the cameras together. 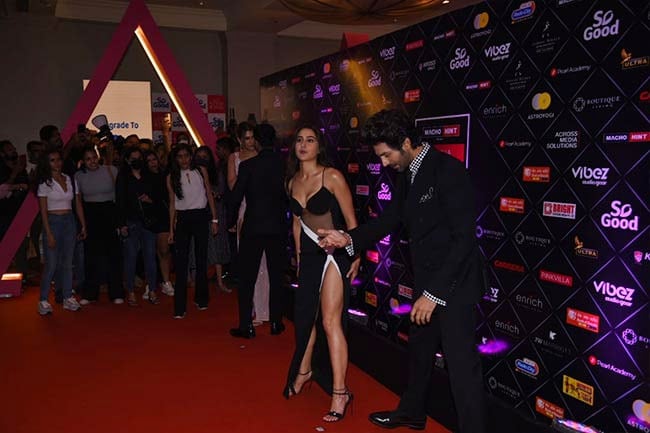 Coming back to OTTplay Awards 2022, Kartik Aaryan won an award for Best Actor Male – Popular (Film) for his movie Dhamaka. While, Sara Ali Khan won the award for the Breakthrough Performance of the Year award for Atrangi Re.

For an award ceremony, Sara Ali Khan opted for a golden off-shoulder body con dress. She left her hair loose and sported natural makeup. Check out her red carpet look below: 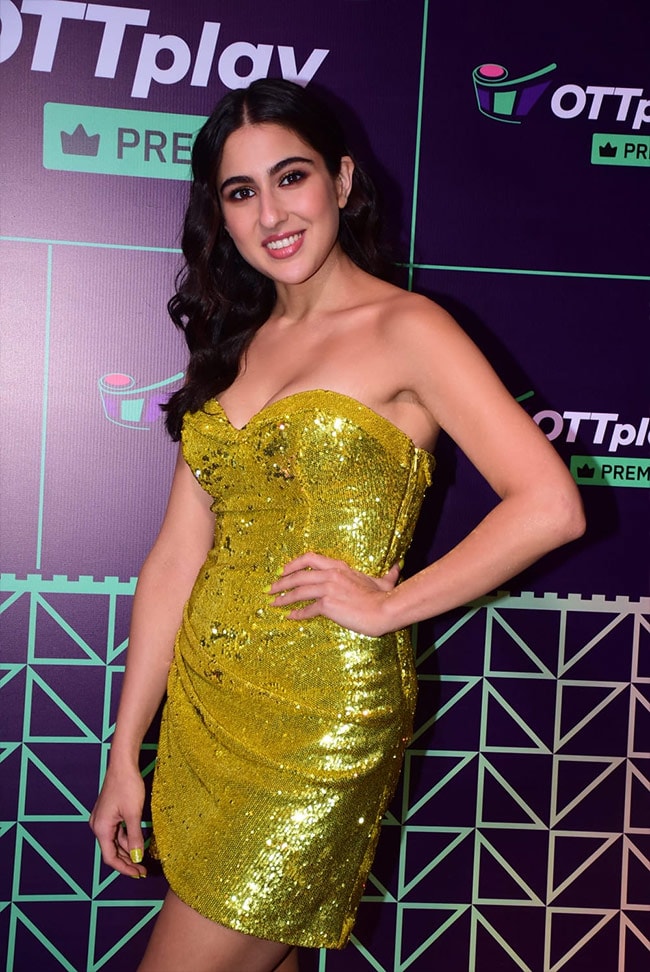 On the other hand, Kartik Aaryan looked dashing in a black tuxedo. Check out his red carpet look below: 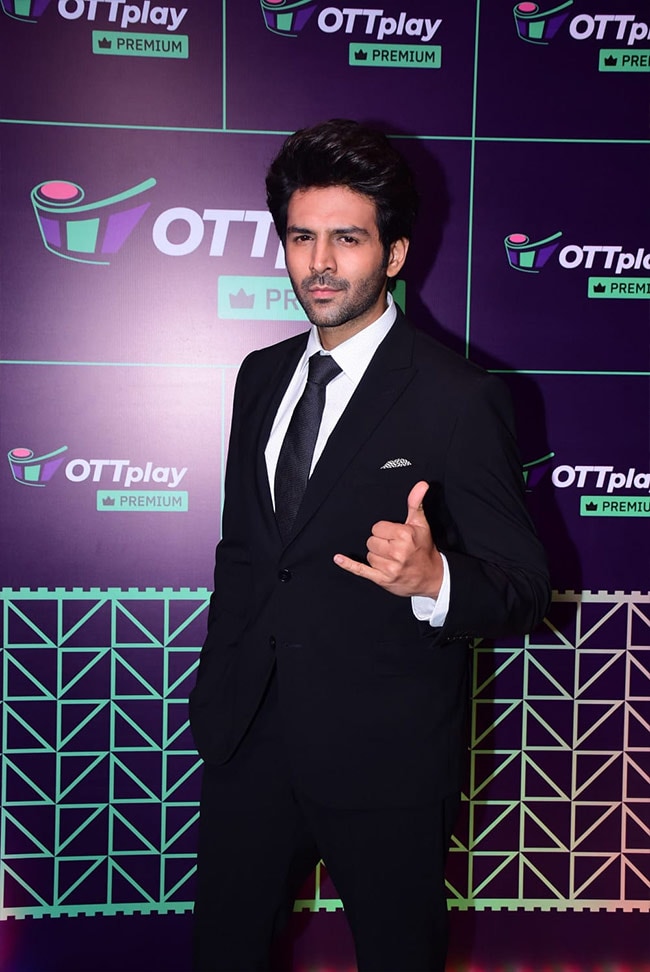 Meanwhile, on the work front, Sara Ali Khan has Laxman Utekar’s untitled with Vicky Kaushal. Kartik Aaryan, on the other hand, has many projects in his kitty – Satyaprem Ki Katha, Shehzada, Freddy and Aashiqui 3.