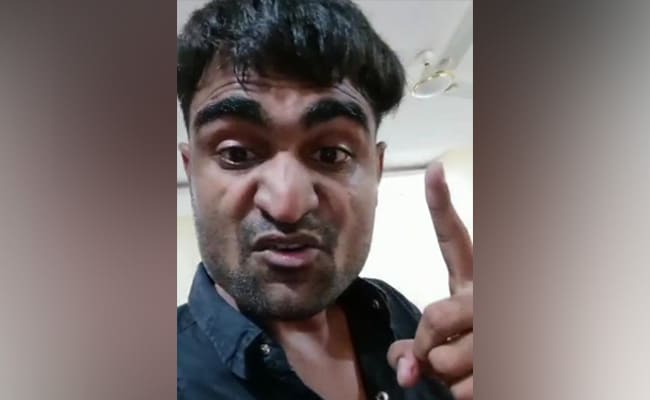 Even as horrific details of the murder of a woman in Delhi, allegedly by her male live-in partner, are still pouring in, news of another grisly killing has come to light, this time from Madhya Pradesh, where a man allegedly killed a woman, shot a video with the victim’s body and posted it on social media.

It has been a week since the incident, but police are still on the lookout for Abhijit Patidar, who claims to have killed Shilpa Jharia, 25, by slitting her throat. The blood-smeared body of the victim was recovered from a room at Mekhla Resort in Jabalpur.

In a shocking video he posted on social media, Abhijit says, “Bewafai Nahi Karne Ka” (do not be unfaithful). He then lifts a blanket to reveal a woman lying in bed, with her throat slit.

In another viral video, identifying himself as a trader from Patna, Abhijit names one Jitendra Kumar as his business partner and alleges that the victim had affairs with both of them.

Abhijit claimed that the victim had borrowed around Rs 12 lakhs from Jitendra and fled to Jabalpur. It was upon Jitendra’s instructions that he murdered the woman, he said.

Abhijit also named Jitendra’s aide Sumit Patel. Both Jitendra and Sumit have been arrested from Bihar and Jabalpur Police are currently interrogating them, police said.

Special Superintendent of Police Priyanka Shukla said Abhijit had stayed at Jitendra’s house in Patna for a month. She said that apart from Bihar, police teams had been dispatched to different parts of Madhya Pradesh, Maharashtra and Gujarat in search of Abhijit.

Sharing details of the murder, Additional Superintendent of Police Shivesh Baghel said that the accused had booked a room on November 6 at Mekhla Resort.

“CCTV footage revealed, he was alone in his room that night. The next day, the woman came to meet him at the resort in the afternoon and they had ordered food. After about an hour, the accused left the hotel alone after locking the room,” Mr Baghel said.

On November 8, the hotel management broke open the door and found the woman’s body, the police official said.

Four special teams, along with the police’s cyber cell, are on the lookout for the accused, the officer added.