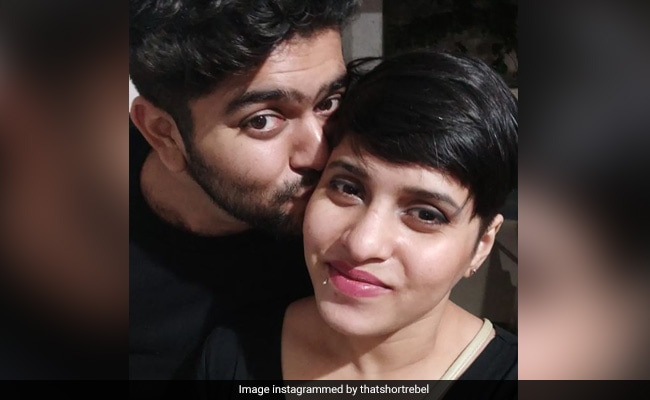 She described herself as a wanderer on her Instagram profile

Aftab Ameen Poonawala, who allegedly killed his live-in girlfriend, cut up her body into 35 pieces and dumped the parts across Delhi, is currently on 24/7 watch in lock-up. As grisly details of the crime emerge, a peek into their social media handles show two different personalities. While Aftab used to run a food blog on Instagram with over 28,000 followers, Shraddha Walkar wasn’t very active on Instagram. She described herself as a wanderer on her social media profile and had over 2700 followers. Most of her posts had portraits of her in scenic locations, accompanied by one-line captions.

A week before her murder, she posted a picture of herself, reading a book in Himachal Pradesh. The picture was posted on May 11, with a caption that read, ” Exploring more and more every passing day.”

Prior to that, 10 days before her murder, she had also posted an Instagram reel from a serene spot, posing by the Ganges in Uttarakhand’s Rishikesh. The caption suggests that she was quite fond of travelling and loved exploring new places.

She wrote, ”After a long tiring day of travelling 1500 kms i decided to end my day with a view, possibly a sunset. Walked down to the banks of Ganga in Vashisht gufa. Who knew that this was a calling for me, sitting at the absolute serene banks of Ganga…”

These are the only two posts that she shared on social media after she shifted to Delhi from Mumbai.

On 14th February, which was also Valentine’s Day, she posted a photo with Aftab, and captioned it ”Happy days.” This was the only photo that she shared with Aftab on Instagram.

The first picture of Shraddha on Instagram is of her standing by the train door, with a caption reading, ” Awaiting destination.” That same year, she also shared pictures from Himachal Pradesh and Uttarakhand. Her account had no posts in 2021.

Meanwhile, Aftab Ameen Poonawala had allegedly used her Instagram account to keep in touch with her friends in an attempt to cover up murdering her, the police said. This reportedly went on for over a month after he strangled her to death on May 18.

Aftab used to impersonate Shraddha on the app and chat with her friends until June 9 to give the impression she was still alive, a PTI report quoting police sources said.