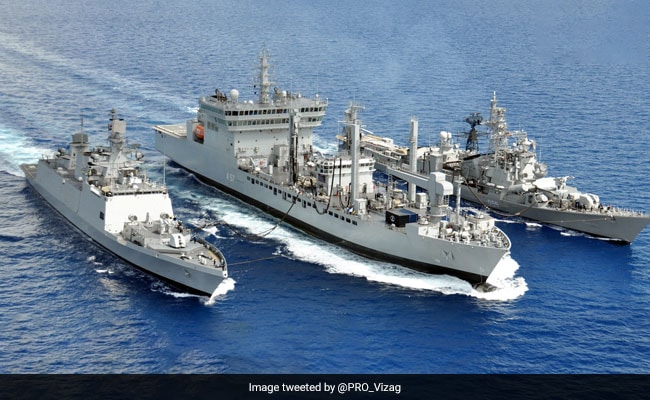 Both the organisations will have a common platform of mutual cooperation.

The Indian Navy on Friday inked a pact with ISRO’s Space Applications Centre (SAC) in Ahmedabad on data sharing and cooperation on satellite-based naval applications.

Navy officials said both the organisations will have a common platform of mutual cooperation, wherein the scientific advancements by the SAC would be synergised into the Indian Navy’s efforts to protect the country’s maritime interests.

“The broad area of cooperation includes sharing of observational data, exploitation of SAC’s weather products and processing of satellite data towards the development of new tools as well as calibration and validation of ocean models.

“The Memorandum of Understanding was signed by the SAC and the Indian Navy to further meaningful interactions and professional exchanges in the future,” said an official.