The recent incidents involving fires in electric scooters led to the government investigating the matter and pulling up manufacturers about the quality standards that went into making batteries and other electrical components. Now, a media report suggests that new testing standards for electric vehicles could be announced later this month, possibly in the next 2-3 weeks. According to the news report, a high-level committee is reviewing the EV testing standards in India, and the final report would be submitted to the Centre later this month. Earlier this month, a probe panel revealed that the electric two-wheelers involved in the incidents lacked basic safety systems and that this panel had already recommended the government seek corrective mechanisms and warn of legal action against concerned manufacturers. 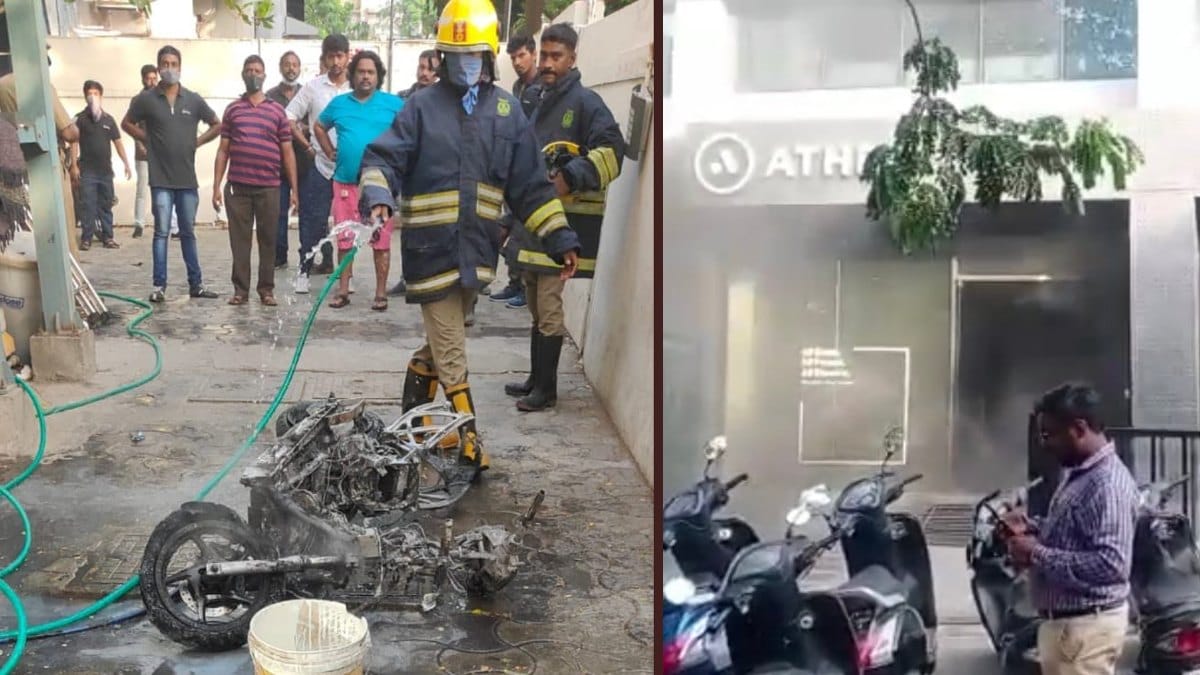 A fire incident took place at Ather’s Chennai premises in May.

The report also states that the Government is considering measures that include focusing on traceability of battery cells and the supplier, resulting in EV makers revealing the source of the components procured from overseas players. Moreover, the government could also ask EV makers to disclose UN 38.3 reports, which consist of results from tests undertaken before the transport of lithium cells/batteries that simulate transport conditions like pressure, temperature, crush, impact, etc.

The media report also states that the Government could set up a third-party audit on EV companies to ensure that the batteries and electrical components are sent to the International Centre for Automotive Technology (ICAT) and Automotive Research Association of India (ARAI) for testing are the same used in the electric vehicles. Moreover, the government is considering applying these new standards to all-electric vehicles irrespectively of speed. In an earlier report, an official privy to the findings revealed that the panel found no venting mechanism for overheated cells to release energy and that the battery management system was faulty. The panel also discovered that several electric two-wheelers that came with ‘minimum functionality and ‘shortcuts’ were applied instead of prioritising vehicle safety.

The official also added that the battery management system found on these electric two-wheelers was found to be underdeveloped and lacked the basic functionality to identify overheating of a particular battery. An operational Battery Management system (BMS) in electric vehicles would be able to meet critical features such as voltage, temperature, current monitoring, battery state of charge (SoC), and cell balancing of lithium-ion (Li-ion) batteries.