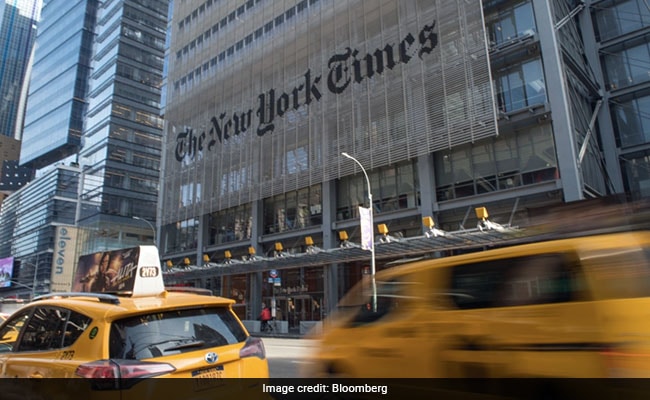 NYT journalists have been without a contract since March 2021. (File)

Hundreds of New York Times Co. employees are working from home this week in defiance of the company’s renewed return-to-office push.

More than 1,200 people, who are the majority of the journalists and tech workers represented by the NewsGuild of New York, pledged not to return to the office Monday in an effort to get the Times to negotiate over RTO plans, according to the union.

“Health and safety policies are a part of contract negotiations and they have to be bargained over,” Times software engineer Carrie Price said in an interview Monday. “Being in charge of our own personal risk assessment is important to our membership…Being asked to give up that ability to be in control of my own personal safety for myself and my loved ones, is something that we don’t want and it hasn’t been negotiated over.”

The journalists have been without a contract since March 2021 and staff haven’t gotten raises in more than two years despite decades-high inflation and rent increases. Meanwhile, they say the company has done exceptionally well in recent years and executives are making millions of dollars each year.

Staffers say this week’s protest comes after months of stalled contract negotiations. In June, when Joseph Kahn became the paper’s executive editor, union organizers wrote a letter with almost 900 signatures to appeal for a new contract. Two weeks ago, after seeing no progress, more than 300 employees, many of whom are paid significantly less than some of the Times’ star reporters, wrote personal emails to senior leadership describing how they’ve been struggling to keep up with the surging costs of living.

On Monday, the Times offered branded lunchboxes to welcome employees back to the office.

Here’s the lunch box. It’s cute! But my colleagues and I don’t need cute trinkets. 330 of us wrote emails last month asking for real raises to combat inflation. We have RTO and DEI proposals on the table. What we need is a contract. Let’s bargain, @nytimes. pic.twitter.com/0M3ZtawiDl

“I imagine that whoever decided to do a lunchbox meant it really well, but I think for us these little incentives are just not enough,” said Andrea Zagata, a senior staff editor, in an interview. “We’d rather have raises, frankly, or a contract.”

“We presented the NewsGuild with a wage proposal that would offer contractual increases of 10 percent over the remaining two and a half years of the new contract,” said Danielle Rhoades Ha, a company spokesperson. “That is significantly higher than in recent Times Guild contracts.”

This isn’t the first time the company has attempted to get its workers back to their desks. The last return to office deadline was set for June, though employees protested the move on Twitter and it was later pushed back.

Public clashes with union workers are also not a new thing for the Times. In August 2021, hundreds of tech workers staged a walkout to protest unfair labor practices and alleged union-busting, later winning the election to form one of the largest tech worker unions in the US. Wirecutter journalists held a Black Friday strike last November and then reached a contract deal the following month.

The high-profile tension at the Times echoes that playing out at other offices across the country. Apple Inc., among other companies, chose Labor Day as its new line in the sand for workers to return to their desks. The tech giant had pushed back its RTO date multiple times in the face of the rising ire from employees unhappy with the policy. Meanwhile, Goldman Sachs Group Inc. and Morgan Stanley are easing some Covid policies to draw more workers back to the office.