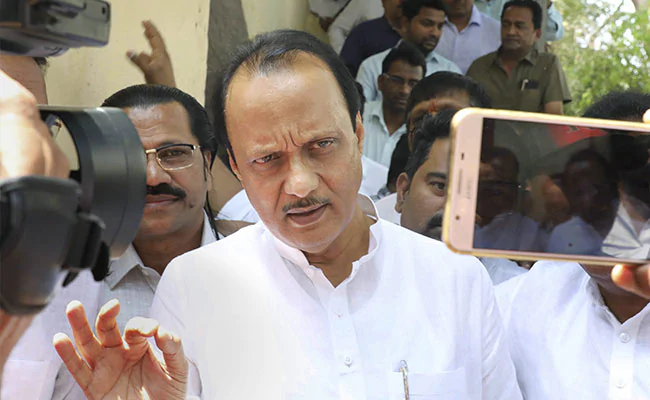 Ajit Pawar, the former Deputy Chief Minister of Maharashtra, denied today that he walked off the stage at a meeting of the Nationalist Congress Party (NCP) on Sunday because he was not allowed to speak.

Ajit Pawar was seen exiting a stage in front of his uncle Sharad Pawar and other senior NCP leaders at the party’s national convention yesterday. Sharad Pawar was named chief of the party for four more years at the two-day event.

Only Jayant Patil, the NCP’s Maharashtra chief, and Sharad Pawar addressed the meeting. Ajit Pawar left the stage just moments after party leader Jayant Patil was invited to speak before him, which fueled reports of a feud.

“In the national convention of NCP, Maharashtra’s state president Jayant Patil spoke because in such events only the presidents speak. No one stopped me from speaking… I went to the washroom – can’t I go out?” Ajit Pawar asked, apparently irritated by reporters’ questions.

“Media should report based on facts. I am here to speak on the ongoing issues in the state,” he said.

When the questions persisted, Ajit Pawar snapped: “I am not upset, do you want me to write it on stamp paper?”

The senior NCP leader said he did not speak because it was a national-level meeting. NCP MP Praful Patel had announced on the stage that Ajit Pawar will speak before Sharad Pawar’s concluding remark but when the time came, the former deputy Chief Minister was missing.

Later, Mr Patel announced that Ajit Pawar had excused himself to use the restroom and would be back in time to address party workers who raised slogans in support of the former deputy Chief Minister.

When Ajit Pawar went back in, Sharad Pawar had already started his closing remarks and he never got a chance to speak.

Ajit Pawar broke away from his party briefly in 2019, when he joined hands with the BJP and was sworn in alongside Devendra Fadnavis even as his uncle Sharad Pawar was in the middle of stitching up an alliance with the Shiv Sena and the Congress. After the surprise oath ceremony, the government lasted only 80 hours.