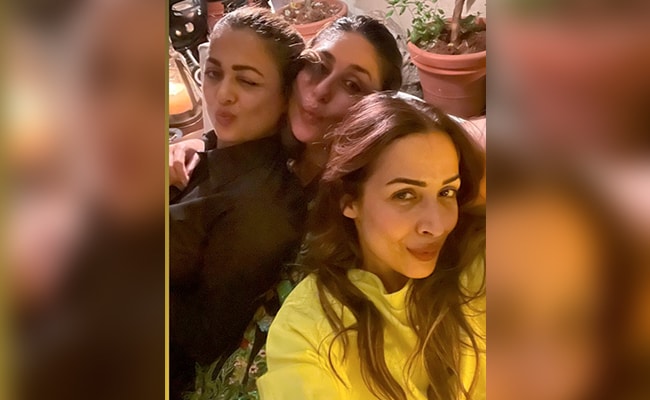 Kareena Kapoor is celebrating her 42nd birthday today (September 21), and to make it more special, her BFFs Malaika Arora and Amrita Arora have dropped sweet posts wishing the actress. Malaika has shared two posts on her Instagram stories. In the first post, candles are enhancing Kareena’s beauty who is posing in a grey ensemble. Sharing the post, Malaika wrote a long birthday note wishing her “darling Bebo”. She wrote, “Happy Birthday My Darling Bebo, another year, another candle n a lifetime of memories.” 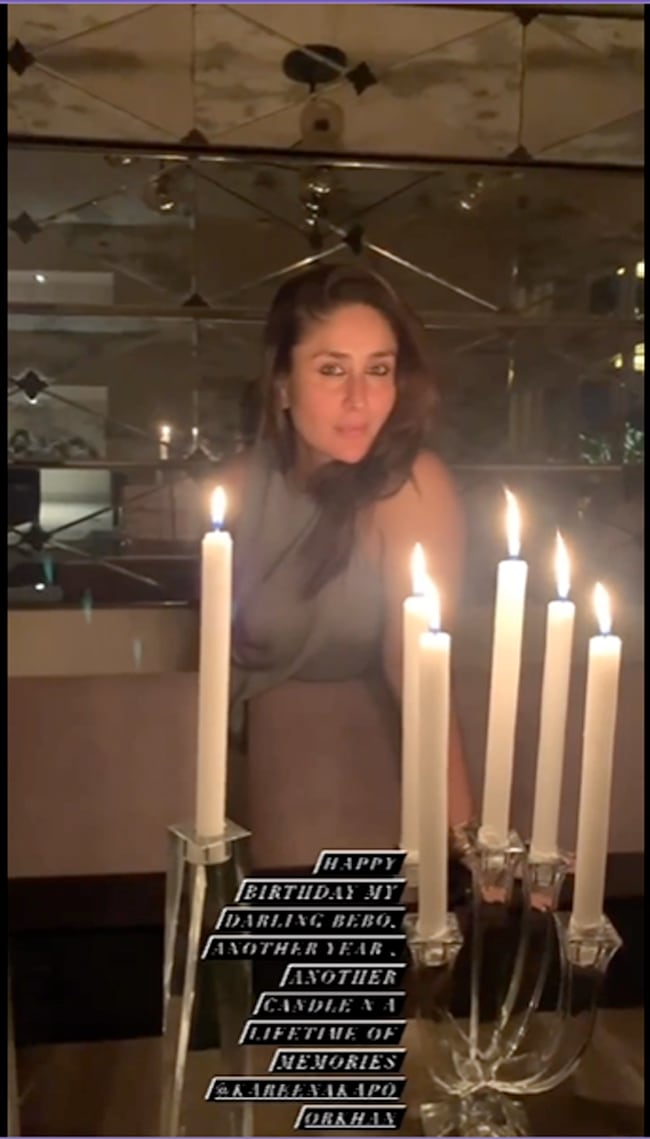 Malaika Arora also shared a group picture including birthday girl Kareena and her sister Amrita. In the image, all are pouting and posing for the camera. In the caption, she wrote, “To selfies and pouts”. Check out the post below: 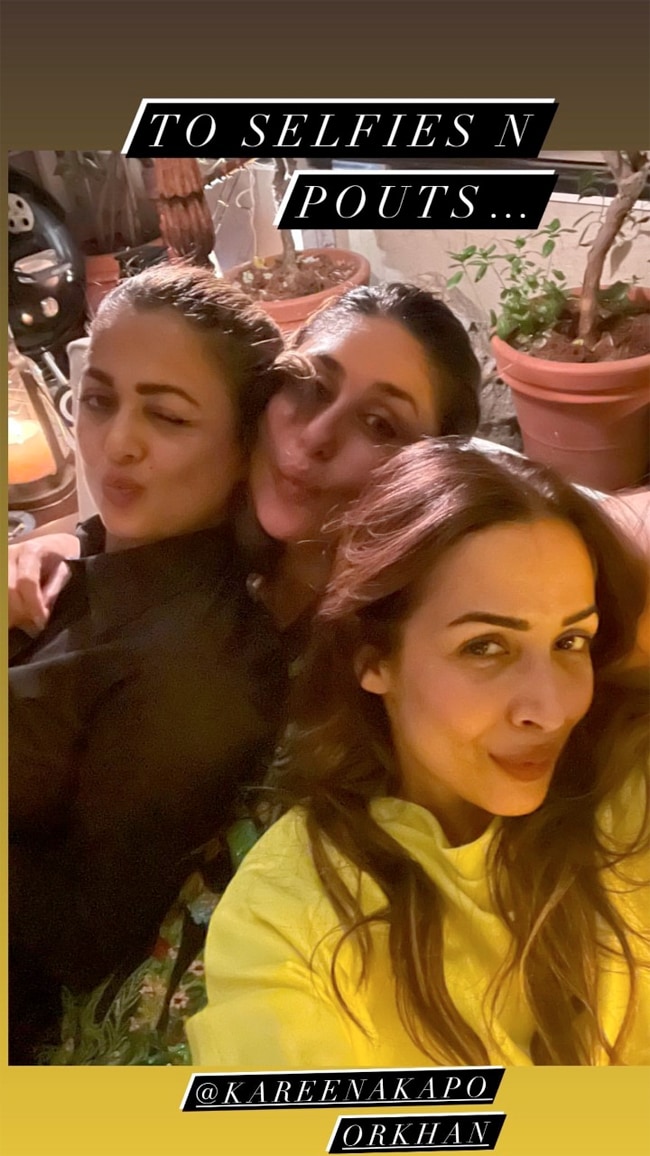 Amrita Arora also shared an adorable post wishing her “eternal pouter,” Kareena Kapoor. On Instagram, Amrita shared an adorable picture with Kareena that shows Kareena hugging Amrita from behind as they pose for a selfie. In the image, Amrita’s eyes are closed while Kareena seems to be pouting. In the caption, she wrote, “Happy happy birthday my eternal pouter !Love you so much,” followed by heart emoticons. Soon after she shared the post, Malaika Arora, who is also Kareena’s BFF, commented, “Happy birthday bebo,” followed by heart emoticons. Saif Ali Khan’s sister Saba Ali Khan wrote, “Happy birthday Bebo ! Best wishes to U always…Lots of love.”

Malaika Arora, Amrita Arora and Kareena Kapoor have been friends for a long time now. Often they are spotted spending quality time together. From going out on dates to working out together, they never fail to set friendship goals. Speaking of which, in July, Amrita shared a glamorous picture from her London trip in which she can be seen posing with her girl gang, including Kareena, Karisma Kapoor and Natasha Poonawalla. Sharing the post, she wrote, “Just us,” followed by heart emoticons.

Meanwhile, on the work front, Kareena Kapoor will be next seen in Sujoy Ghosh’s The Devotion Of Suspect X, co-starring Vijay Varma and Jaideep Ahlawat.

Basketball Referee, 25, Falls Off Moving Train, Dies In UP