It has been a very busy year for OnePlus, with the ‘Never Settling’ brand releasing phones almost every month. The latest to join the OnePlus array is the OnePlus Nord 2T 5G, an upgrade to the bestselling OnePlus Nord 2 5G. The OnePlus Nord 2T 5G brings a faster processor (MediaTek Dimensity 1300) and flagship-level fast charging (80W SuperVooc) to the table, at a very competitive price of Rs 28,999 (8GB+128GB storage model) and Rs 33,999 (12GB+256GB storage configuration). A very good deal it definitely is, but that does not mean it has no competition.

In fact, there are a number of very formidable devices that could give it a good run for its money. So if you have got a budget of Rs 25,000 to Rs 30,000 and are thinking of getting the latest OnePlus Nord, we would request you to do so only after considering the following five alternatives, each of which is very good in its own right: 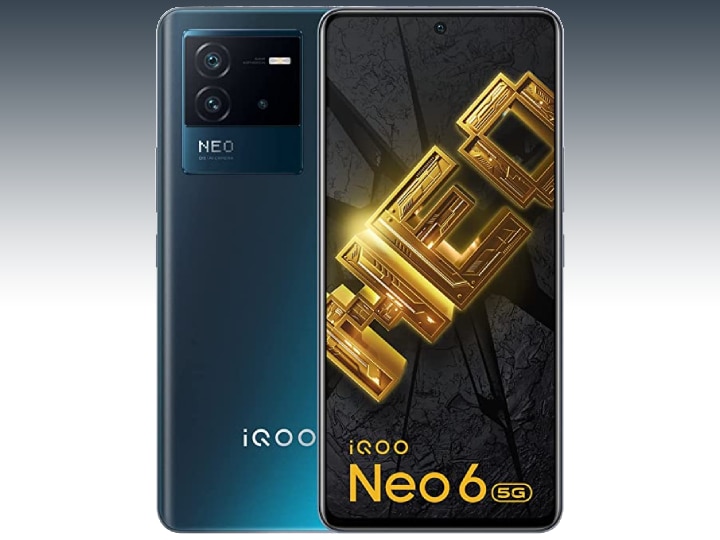 Vivo’s sub-brand iQoo has been having nearly as busy a year as OnePlus, releasing a number of devices across different price points. Interestingly, the brand seems to have made it a point to get into the OnePlus zone time and again, with the iQoo 9 Pro taking on the OnePlus 10 Pro, and the iQoo 9 getting into the OnePlus 9RT zone.

It is powered by the Qualcomm Snapdragon 870 processor, which is considered to be the best budget flagship processor around, and its 64-megapixel main sensor with optical image stabilisation (OIS) can challenge the Nord 2T’s 50-megapixel Sony sensor.

Round that off with the fact that the iQoo Neo 6 has a slightly larger 4,700mAh battery as compared to the 4,500mAh one on the Nord 2T with 80W charging as well. It comes with Android 12 out-of-the-box, and you can see why it poses a mighty challenge to the latest Nord.

You get a bigger display, comparable cameras, and a processor some might actually prefer to the one on the Nord 2T, although it comes with a slightly higher price tag. 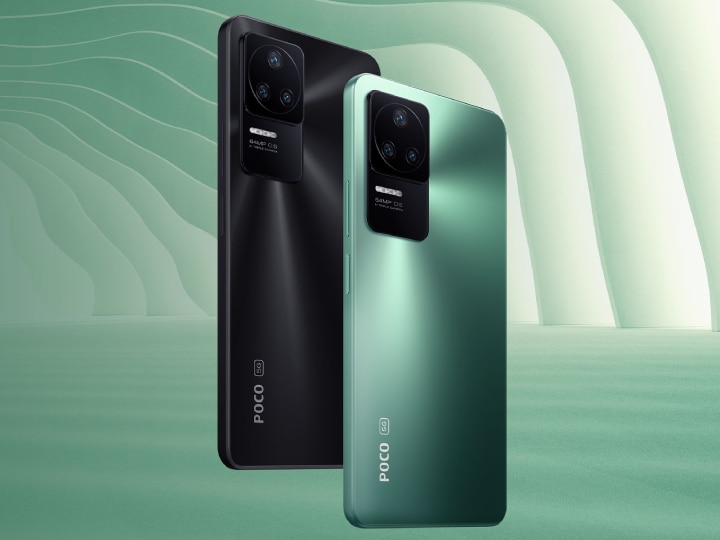 Poco F4 5G: Getting into the Nord’s line of fire

The Poco F4 5G is powered by a Qualcomm Snapdragon 870 processor as compared to the MediaTek Dimensity 1300 on the OnePlus Nord 2T, which are both upper mid-segment chipsets that can not only handle your everyday chores with ease but also some heavy-duty tasks well.

The Poco F4 has a larger 4,700mAh battery as compared to the 4,500mAh one on the Nord 2T, but the OnePlus device has faster charging — 80W as compared to 67W. The difference in battery life and charging speed in real terms is not monumental, though.

Both phones run on Android 12 but their UIs — MIUI 13 and OxygenOS 12 — are wildly different from each other. MIUI is loaded with features and is heavily customised. OxygenOS is pretty simple and minimalistic.

The bigger display, higher megapixel counts on the rear sensor, and the bigger battery could potentially sway those considering a Nord 2T, as could the Snapdragon 870 chip. 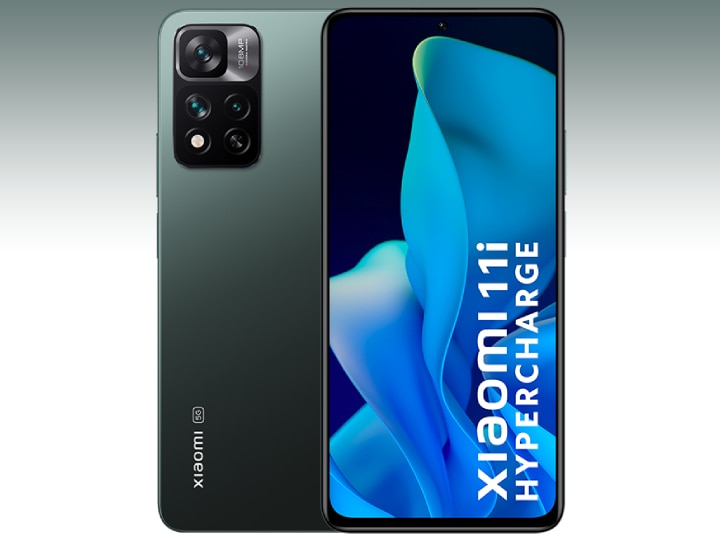 OnePlus and fast charging pretty much go hand in hand, so it is hardly surprising that one of the USPs of the OnePlus Nord 2T is fast charging. The phone comes with 80W SuperVooc fast charging, which is seen on its flagship device, the OnePlus 10 Pro as well, and gets charged in about half an hour. While that is impressive, there is a smartphone in the same range which beats the OnePlus in its own fast-charging game.

Launched at the beginning of the year, the Xiaomi 11i HyperCharge, as the name suggests, is a fast-charging expert. While it also has a 4,500mAh battery like the Nord 2T, it comes with a whopping 120W fast charging support, allowing it to go from zero to 100 percent in well under 20 minutes.

On the camera front, the Xiaomi 11i HyperCharge also poses a formidable challenge to the Nord 2T with a 108-megapixel main sensor as opposed to the 50 megapixels (though with OIS) that the OnePlus Nord 2T has.

Both phones come with Android 12 out-of-the-box and have 5G support. But if fast charging is the name of your smartphone game, the Xiaomi 11i HyperCharge has a clear edge over the OnePlus Nord 2T. It looks pretty smart too. 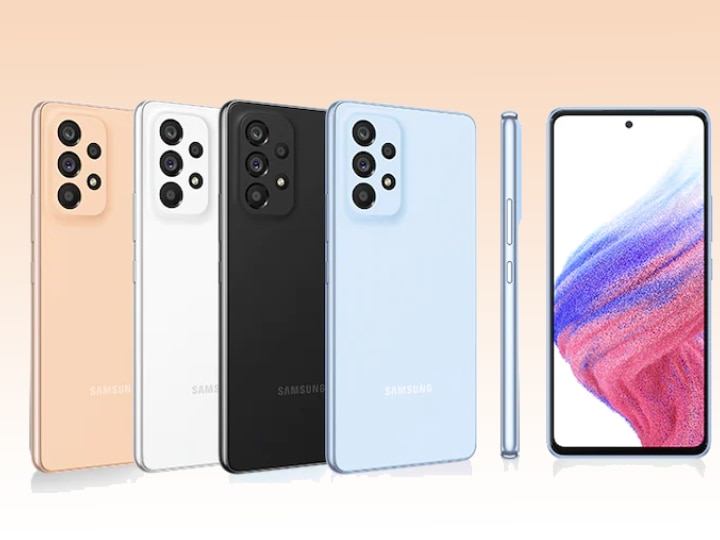 Another phone that will give the Nord 2T some serious competition is the Samsung Galaxy A53. The Galaxy A53 is pretty much a standard device that brings everything that you would expect from a Samsung phone. It has that very distinct yet traditional Samsung design with a matte plastic back with a contoured camera unit on the top left side.

It also comes with a slightly bigger display at 6.5 inches than that of the OnePlus Nord 2T at 6.43 inches, and also has a 120Hz refresh rate as opposed to the 90Hz refresh rate on the Nord 2T.

The OnePlus device wins the fast charging contest with its 80W fast charging as compared to the Galaxy A53’s 25W charging capability. It is a little on the expensive side with a base variant of 6GB+128GB starting at Rs 31,499 as compared to the Nord 2T which starts at Rs 28,999 for the 8GB+128GB model, but the Galaxy A53 comes from the house of Samsung and has some really impressive numbers and specs up its sleeve. It also has a very impressive software update record and is the only phone on this list to come with IP67 dust and water resistance. 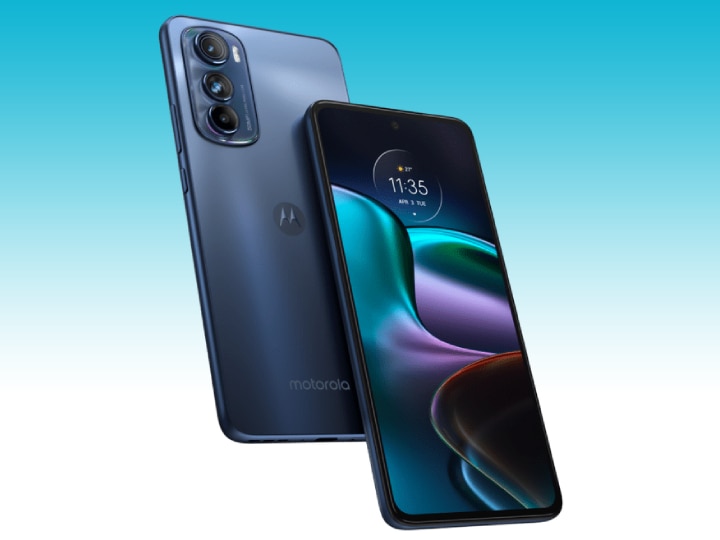 Motorola Edge 30 5G: The slim Moto that says hello to the Nord

In a world of chunky phones, the Motorola Edge 30 comes as a breath of svelte fresh air. The phone is a mere 6.79mm thin and weighs just 155g, making it the world’s thinnest 5G smartphone and also one of the lightest 5G smartphones around.

However, it is no lightweight in terms of performance, and could well give the Nord 2T a good run for its money. Yes, its Qualcomm Snapdragon 778G+ chip, although quite powerful, might seem a notch lower than the Dimensity 1300, but on the flip side, the Motorola Edge 30 comes with a larger 6.5-inch full-HD+ POLED display with a staggering refresh rate of 144 Hz.

It also has two 50-megapixel cameras on the back (and a forgettable 2-megapixel depth sensor), one of which has OIS and the other capable of both ultrawide as well as macro snaps.

Its 4,020mAh battery is the smallest on this list and its 33W charging speed is also the most modest in this lineup, but then it does come with near-stock Android, providing a clean, seamless UI experience that is rarely seen these days, something which even the clutter-free OxygenOS on the Nord 2T would struggle to match.