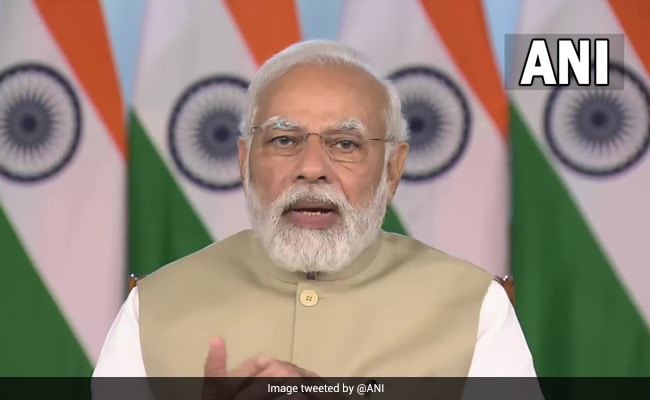 PM Modi said that the Opposition questions the government every time they take a decision.

Proceedings in both Houses of Parliament have been stalled ever since the Monsoon session began last week due to protests by the Opposition, demanding a discussion on price rise.

“Many times, the opposition parties put some obstacles in the government’s work as they could not implement the decisions taken by them when they were in power,” PM Modi said addressing virtually a programme on the 10th death anniversary of former Samajwadi Party Rajya Sabha member Harmohan Singh Yadav.

PM Modi said that the Opposition questions the government every time they take a decision.

“Now, if they (decisions) are implemented, they oppose it. People of the country don’t like it,” he said.

The Prime Minister said that in recent time, a trend of keeping “ideology or political interests above the interests of society and the country” is being witnessed.

Earlier today, four Congress MPs were suspended from the Lok Sabha for the entire monsoon session ending August 12 for holding protests with placards inside the house over price rise. Speaker Om Birla had earlier warned them to behave and hold the placards outside the house if they wanted to protest.

The suspended MPs staged a protest at the Gandhi Statue inside the Parliament premises. Speaking to reporters along with the four suspended MPs, Congress’ Deputy Leader in Lok Sabha Gaurav Gogoi said, “The government is trying to intimidate us by suspending our MPs. What was their fault? They were trying to raise the issues which matter to people.” The Congress party will not be cowed down like this, he asserted.

“It Has Given Soul To My Life”