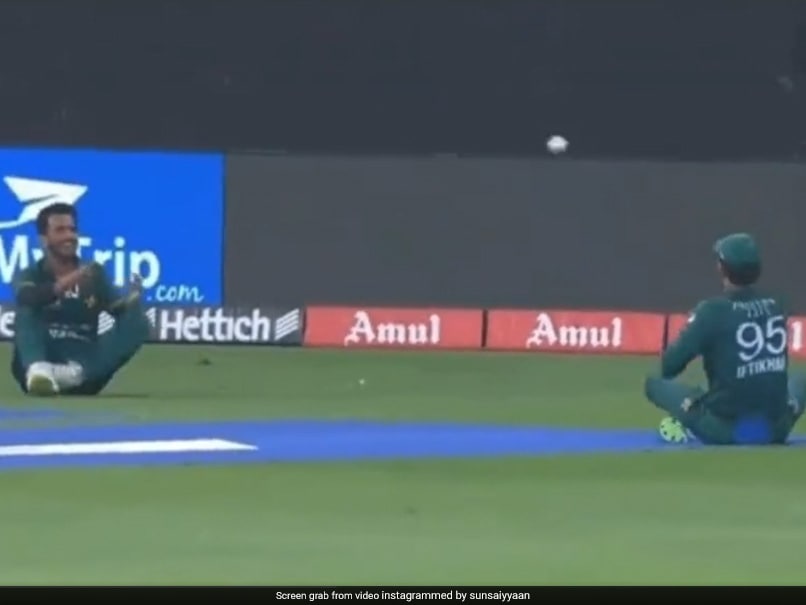 Sri Lanka defeated Pakistan by five wickets in their dress rehearsal for the Asia Cup final. After rolling over Pakistan for a total sub-par total of 121, Sri Lanka chased down the target with three overs to spare. During the 17th over of the chase, Pakistan players Hasan Ali and Iftikhar Ahmed almost had a collision while attempting a catch. In the second delivery of the seventeenth over, Mohammad Hasnain dished out an off-cutter to Sri Lanka captain Dasun Shanaka who hit it straight to long-on.

Both players escaped the collision, and Hasan managed to pouch the ball eventually.

However, what happened after that was completely unexpected.

While in most cases, players tend to argue over the same, Hasan and Iftikhar got engaged in a friendly catch practice session as they threw the ball at each other while sitting on the ground.

After putting Pakistan in to bat, Wanindu Hasaranga led Sri Lanka’s charge as he returned figures of three for 21 to help bowl out Pakistan for 121 in 19.1 overs.

Sri Lanka slipped to 29 for three in their chase before Pathum Nissanka (55 not out) and Bhanuka Rajapaksa (24) put on a stand of 51 as the island nation achieved their target with three overs to spare.

“The confidence we have is massive after four consecutive wins, but we still don’t take Pakistan lightly in the final,” Sri Lanka captain Shanaka told the reporters after the match.