Priyanka Chopra joined Mindy Kaling for her next Hollywood project. Priyanka will be playing the role of a Punjabi woman. 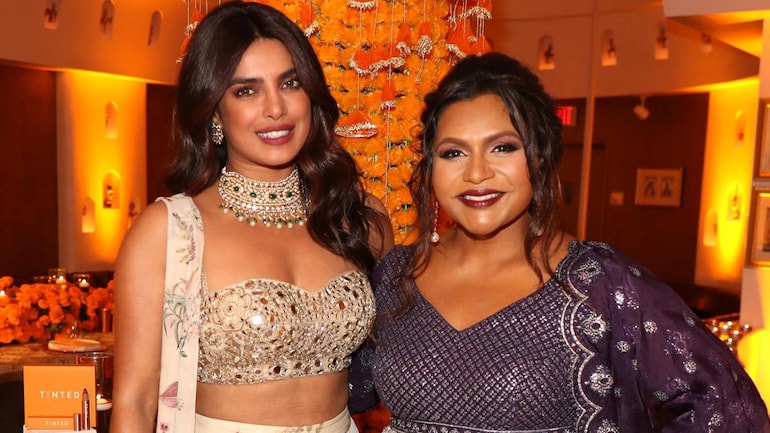 Priyanka Chopra will play a Punjabi woman for her next Hollywood project.

Priyanka Chopra is all set for her next Hollywood project, and it has an Indian connection. The actress will be seen in a romantic comedy where she will be playing the role of a Punjabi woman. Priyanka will star alongside Mindy Kaling. This marks their first collaboration. Mindy, in a conversation with Vogue, spoke about co-writing the project and revealed details about Priyanka’s character in the Hollywood film.

Revealing the details of the upcoming Hollywood project, Mindy said that she and Priyanka will be playing cousins in the romantic comedy which will revolve around a big fat Indian wedding. While Mindy will play an Indian-American Bengali, Priyanka will play her first cousin, who was born and brought up in India.

Minday further said, “We’re really proud of it, we show South Asian Americans that are from Southern Indian. Then we show a Muslim Indian girl. Culturally we see how they’re different from each other. The Asian experience is not a monolith. Why would people necessarily know that if they don’t have shows that explain and explore that difference?”

Starring Richard Madden and Priyanka Chopra, the Citadel franchise is an action-packed spy series with compelling emotional angles. The project is backed by Amazon and helmed by the Russo Brothers of Avengers fame. Its Indian series will be developed by Raj Nidimoru and Krishna DK of The Family Man fame. The makers had described Citadel as a “multi-layered global franchise with interconnected local language productions from India, Italy and Mexico.” Amazon had called the US version the “mothership” of the project. Citadel shoot was wrapped up in June 2022.