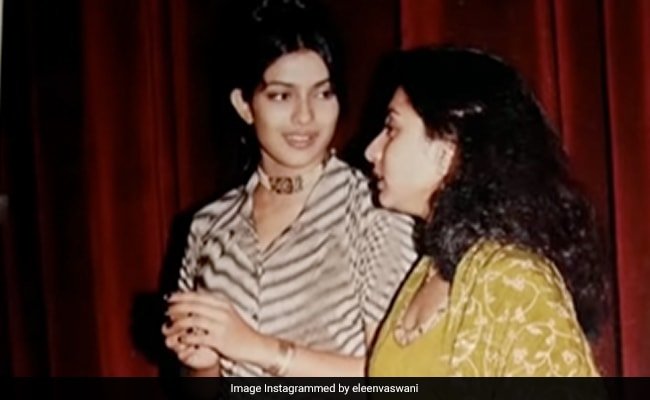 Priyanka Chopra in a still from the video. (courtesy: eleenvaswani)

Here’s a screenshot of Priyanka Chopra’s comment on the video: 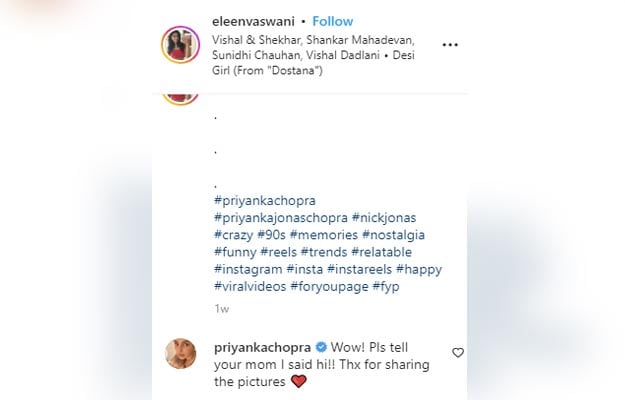 Priyanka Chopra, who was last seen in Matrix 4, will next be seen in Russo Brothers’ Citadel. Her next Hollywood project is Love Again, a musical, in which she will co-star with Sam Heughan and Celine Dion. The film was previously titled It’s All Coming Back to Me. She will also be a part of Farhan Akhtar’s Jee Le Zaraa with Alia Bhatt and Katrina Kaif.

Priyanka Chopra, a former Miss World and a Bollywood star, is a woman of many hats. She is the first South Asian woman to headline the cast of an American television show and has featured in many Hollywood projects. Priyanka Chopra is a tech-investor and also counts as a UNICEF Goodwill Ambassador. She also opened an Indian restaurant called Sona in New York. She launched a haircare brand as well.

Ranveer Singh, Pooja Hegde And Jacqueline Are On Cirkus Duty