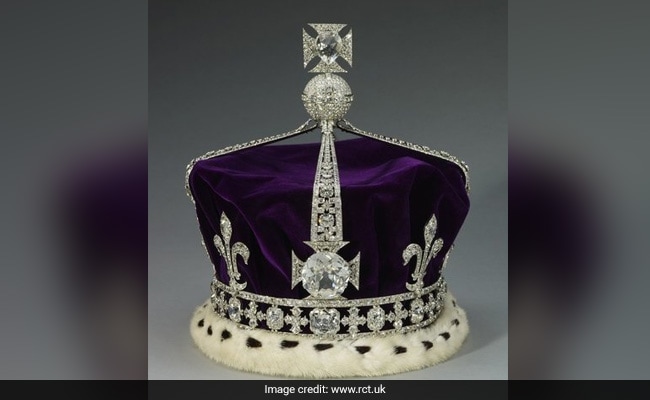 The Kohinoor diamond is embedded in the British crown.

Queen Elizabeth II, Britain’s longest-ruling monarch, died at the age of 96 on Thursday. She was earlier placed under medical supervision due to concerns around her health. The official announcement was made by the Buckingham Palace late in the evening after members of the royal family – the Queen’s sons and grandsons – arrived in Balmoral Castle where she was being looked after. After the end of her 70-year reign, Prince Charles is next in line for the throne and with this, another important change will take place that concerns the Kohinoor diamond.

Earlier this year, the Queen had announced that Prince Charles wife Camilla, the Duchess of Cornwall, would become Queen Consort when he accedes to the throne. When this will happen, Camilla will receive the Queen Mother’s famous Kohinoor crown.

The Kohinoor (also spelled Koh-i-Noor) is a 105.6 carat diamond steeped in history. The diamond was found in India in the 14th century and changed many hands over the course of centuries. In 1849, after the British annexation of Punjab, the diamond was ceded to Queen Victoria. It has been part of the British Crown Jewels since then – but continues to be the subject of a historic ownership dispute among at least four countries, including India.

The Kohinoor diamond is currently set in a platinum crown created for Queen Elizabeth (later known as the Queen Mother) for the 1937 coronation of King George VI. It is kept on display in the Tower of London.

UK-based Daily Mail said in an exclusive report that the priceless platinum and diamond crown will be placed on Camilla’s head when Prince Charles becomes King.

Elizabeth II acceded to the throne aged 25 on February 6, 1952, following the death of her father King George VI. She got married to Prince Philip on November 20, 1947. He died last year.