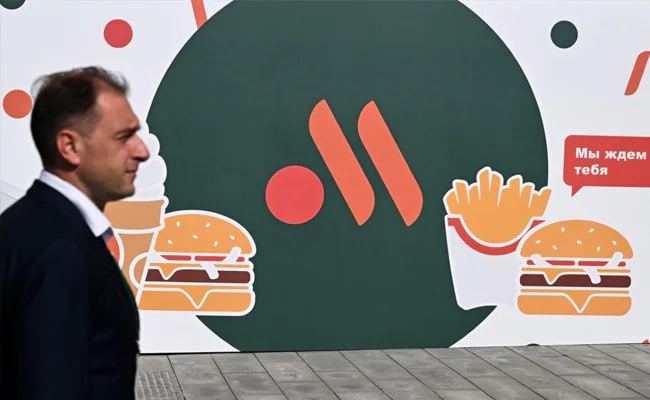 The fast-food chain that replaced McDonald’s in Russia has temporarily taken fries off the menu due to a shortage of the correct variety of potatoes.

According to BBC, ‘Vkusno i Tochka’, which roughly translates to ‘Tasty and that’s it’, stated that in the past, it had focused on purchasing products from Russian suppliers but in 2021 there was a poor harvest of the potato needed to make fries. The company informed that the problems may persist until fall. It also said that “rustic potatoes” may also be unavailable in some branches.

In a statement, the fast-food chain explained that it usually gets potatoes from Russian suppliers, but it has not been possible to temporarily source the vegetable from abroad. This referred to the sanctions imposed on Russia following its invasion of Ukraine, which spurred McDonald’s to pull out of the nation and sell it to Russian businessman Alexander Govor.

However, as per BBC, Russia’s agriculture ministry downplayed concern about a potato shortage. In a statement on Telegram titled “There are potatoes – and that’s it”, the ministry said, “The Russian market is fully supplied with potatoes, including processed ones. In addition, crops from the new harvest are already arriving, which rules out the possibility of a shortage.”

Meanwhile, ‘Vkusno i Tochka’ has been hit by a few problems since it opened last month following the departure of McDonald’s. Last week, several people on social media posted images showing mouldy burgers and even insects coming out of some burgers. A person had even shared a video which showed birds pecking at a stack of burger buns outside an outlet.

The posts had prompted the fast-food chain to issue a statement. The chain said that the entire batch, in which the product of inadequate quality was found, has been discarded.

McDonald’s was among the many companies that deserted the nation following the start of Russian President Vladimir Putin’s invasion of Ukraine.