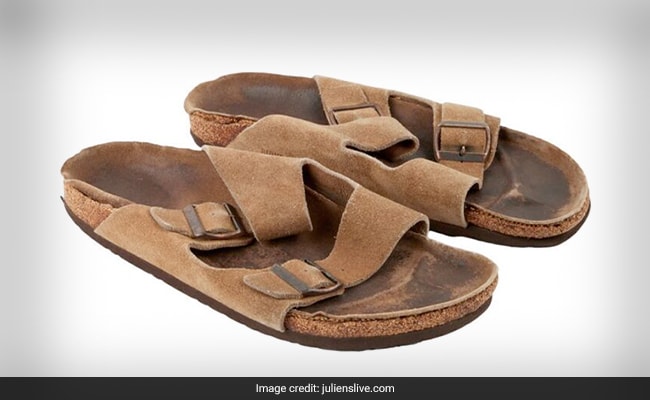 A pair of brown suede leather Birkenstock Arizona sandals that were personally owned and worn by Apple co-founder Steve Jobs has reportedly sold for $218,750(Rs 1.77 crore), according to the auction company Julien’s Auctions. The auction went live on November 11 and concluded on November 13.

The auction house mentioned in the product description that “A pair of brown suede leather Birkenstock Arizona sandals that were personally owned and worn by Steve Jobs. Jobs would wear this particular pair of sandals in the 1970’s and 1980’s. This pair of Birkenstock sandals were previously owned by Mark Sheff, the house manager to Steve Jobs.”

As per the details on the auction house’s website, Steve Jobs wore these sandals during many pivotal moments in Apple’s history. In 1976, he hatched the beginnings of Apple computer in a Los Altos garage with Apple’s co-founder Steve Wozniak while occasionally wearing these sandals. When Jobs discovered the ingenuity and practicality of Birkenstocks, he became fascinated.

The sandals have been a part of multiple exhibitions, including but not limited to Salone del Mobile in Milano, Italy in 2017, at the Birkenstock Headquarters in Rahms, Germany in 2017, at Birkenstock’s first United States store in SoHo, New York, at IMM Koln, a furniture fair in Cologne, Germany, Zeit Event Berlin for the magazine Die Zeit in 2018, and most recently with the History Museum Wurttemberg in Stuttgart, Germany.

In an interview with Vogue, Chrisann Brennan, the Apple co-founder’s former wife, talked about the iconic staple of Mr Jobs’ wardrobe. She said, “The sandals were part of his simple side. They were his uniform. The great thing about a uniform is that you don’t have to worry about what to wear in the morning.”

She continued, “He would never have done or bought anything just to stand out from others. He was simply convinced of the intelligence and practicality of the design and the comfort of wearing it. And in Birkenstocks he didn’t feel like a businessman, so he had the freedom to think creatively.”

Video: When President Biden Approached PM Modi For A Handshake