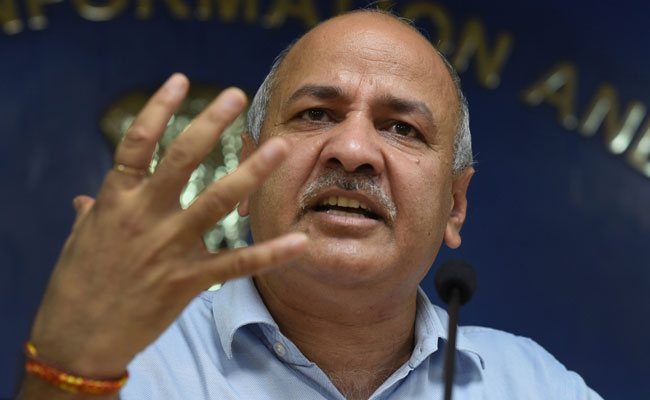 “If you reduce public debate to this level, you have to face the consequences,” the Supreme Court said on Monday while hearing a petition by Delhi Deputy Chief Minister Manish Sisodia challenging the Gauhati High Court order dismissing his plea for quashing a criminal defamation case filed against him by Assam Chief Minister Himanta Biswa Sarma.

The high court had dismissed Mr Sisodia’s petition seeking quashing of the defamation case filed by Mr Sarma over allegations of corruption levelled against him by the Delhi deputy CM.

After the top court showed its disinclination to entertain Mr Sisodia’s plea against the November 4 order of the high court, the Aam Aadmi Party (AAP) leader withdrew it.

Mr Sarma had filed a criminal defamation case against Sisodia for making “baseless” corruption allegations against him in connection with the supply of PPE kits at “higher than market rates” to the National Health Mission (NHM) authorities during the first wave of the Covid-19 pandemic.

The AAP leader had claimed that Mr Sarma, as the state health minister in 2020, had given the supply orders to the firm of his wife. Mr Sarma has denied these allegations.

The matter came up for hearing on Monday before a bench comprising Justices S K Kaul and A S Oka.

Senior advocate A M Singhvi, appearing for Mr Sisodia, said the AAP leader had nowhere said any money was taken.

“If you reduce public debate to this level, you have to face the consequences,” the bench observed, adding the petitioner should have unconditionally apologised earlier.

Mr Singhvi said one cannot use the authority to “browbeat” others and that the petitioner had never said any money was taken.

“You have to face the consequences,” the top court asserted, adding the allegations were made during the pandemic.

The top court observed that instead of realising what the country was going through during the pandemic, the petitioner was making allegations.

After the hearing, advocate Nalin Kohli, who was representing the Assam government, said, “Essentially, while issuing summons, a court has to see whether a prima facie case exists with regard to false imputations which are per se defamatory….”

In its order, the high court had said Mr Sisodia has not been able to make out any case for quashing of the proceedings in the matter which is pending for disposal before the court of Chief Judicial Magistrate, Kamrup, at Guwahati.

The high court had noted Mr Sarma filed the complaint alleging that on June 4 this year Sisodia addressed a press conference in New Delhi where he made a defamatory statement against the Assam chief minister accusing him of indulging in corruption.

It took note of Mr Sarma’s complaint about Mr Sisodia accusing him of corruption in giving government contract to his wife’s company for purchasing PPE kits.

It was alleged that while such PPE kits were purchased from others for Rs 600 apiece, the same was bought from the company owned by Sarma’s wife at the rate of Rs 990 per kit.

The high court had noted the chief judicial magistrate had in August this year found sufficient ground to proceed against Sisodia and issued summons to him.

Riniki Bhuyan Sarma, the wife of the Assam chief minister, had on June 21 filed a Rs 100-crore defamation case against the Delhi Deputy CM over the same allegation.