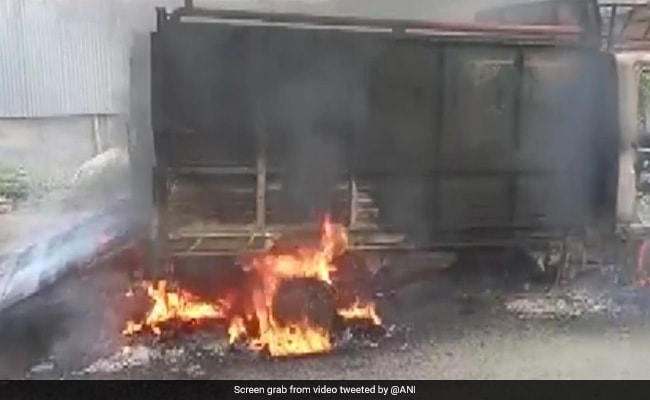 In West Bengal’s Howrah, a pick-up van belonging to suspected cattle smugglers was set on fire

A man was beaten up and a pick-up van was set ablaze by a mob in West Bengal’s Howrah district today on suspicion that the victim was smuggling cattle, police said.

The incident happened in Pakuria, under Domjur Police Station, in the early hours when a group of three-four men was trying to get a bull into the van, police said.

Locals intercepted them, suspecting them to be cattle smugglers who were stealing the bull. While all the other group members fled, Md Izhar was caught by the mob. They thrashed him and set the pick-up van on fire, a police officer said.

Izhar was rescued by the police and admitted to a nearby hospital. His condition was said to be stable, a police officer said. He was being questioned to understand the motive of the group, he added.

Meanwhile, raids were on in the area to catch those behind the violence, police said. Some people have already been detained for the attack on Izhar and the torching of the van, they said.

The bull was rescued by the police and kept at Domjur Police Station.