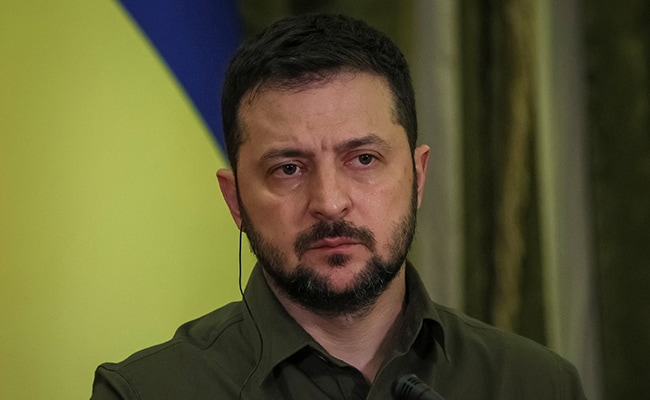 Ukrainian President Volodymyr Zelensky told G20 leaders Wednesday there was a “terrorist state” among them, accusing Russia of a missile strike on Poland that killed two people.

Speaking by video link, Zelensky called the strike “a true statement brought by Russia for the G20 summit”, according to a copy of his speech seen by AFP.

Poland has said there is no clear evidence on who launched the missile, and US President Joe Biden said it was “unlikely” it had been fired from Russia, which has denied involvement.

Zelensky, however, has been quick to point the finger at Russia, which launched a wave of attacks across Ukraine on Tuesday, leaving millions of households without power.

He addressed the G20 summit for the second time on Wednesday, but several leaders had already departed the Indonesian island of Bali, which is hosting the gathering.

Among them was Russia’s Foreign Minister Sergei Lavrov, who flew out on Tuesday evening.

Those who remained heard Zelensky tell the summit: “There is a terrorist state among you, and we are defending ourselves against it. That is the reality.”

Zelensky, who spoke by video link to leaders on Tuesday to urge an end to the war, called for a “quick reaction” to the strike in Poland.

But his allies have moved cautiously, with Biden saying any response would come only after an investigation.

“We’re going to make sure we figure out exactly what happened… and then we’re going to collectively determine our next step,” he said after meeting with G7 and other allies on the sidelines of the summit.

He also said “preliminary information” suggested the missile had not been launched from Russia.