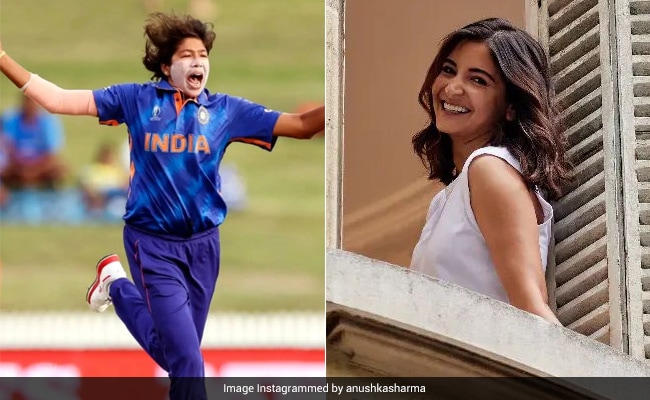 Anushka Sharma, who is shooting for Chakda Xpress based on the life of cricketer Jhulan Goswami in London, shared an emotional post as the Indian pacer played her last game on Saturday. She shared several pictures of Jhulan and wrote, “An inspiration. A role-model. A legend. Your name will be etched in history forever. Thank you @jhulangoswami, for being a game changer in Indian Women’s Cricket.” Soon after she shared the post, Jhulan Goswami commented, “Thank you so much”. Fans also flooded the comment section, a user wrote, “Legend,” while others dropped heart emoticons. Jhulan Goswami has retired from international cricket.

Anushka Sharma is in London filming for Chakda Xpress, directed by Prosit Roy. The actress often shares stills and behind-the-scene clips from the movie. A few days ago, she shared a still from the movie and wrote, “Getting into her shoes and recreating the journey!”

Earlier, Anushka shared a still in which she can be seen standing at a PCO amid the heavy rains. In the captions, she wrote, “A moment from a story that needs to be told!”