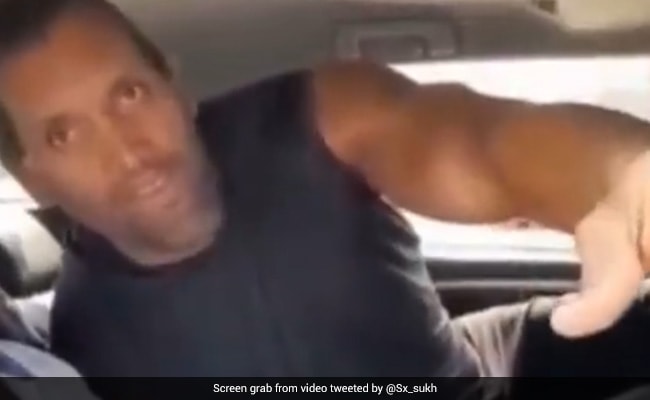 Meanwhile, Mr Rana has accused the employees of Ladhowal toll plaza of “blackmailing” him.

Former WWE wrestler Dalip Singh Rana, better known as The Great Khali, has been accused of slapping a toll worker in Ludhiana following a heated argument.

A purported video of the incident in which Mr Rana can be heard arguing with some of the toll workers has gone viral on social media. However, the clip does not show the former wrestler slapping the toll worker.

Meanwhile, Mr Rana has accused the employees of Ladhowal toll plaza of “blackmailing” him.

According to police, the incident took place on Monday when Mr Rana was on his way to Karnal, Haryana from Jalandhar in Punjab.

A police official posted at the Ladhowal police station on Tuesday said no complaint was lodged by either of the two sides.

In the video, a toll plaza employee could be heard asking the former wrestler why he slapped his colleague when an identity proof was sought from him.

“You were asked to show your ID card, show the ID card,” the toll employee tells Rana to which he replies, “You are blackmailing me.” The employee then says, “We are not blackmailing you. Why did you slap him? Show the ID card if you have it.” “I do not have an ID card,” Mr Rana can be heard saying in the clip.

Meanwhile, a barricade was placed before Mr Rana’s vehicle to prevent him from leaving. The former wrestler, however, got out and and pushed it away even as a toll plaza employee tried in vain to stop him.

A police official then intervened and both sides could be heard putting forth their claims.