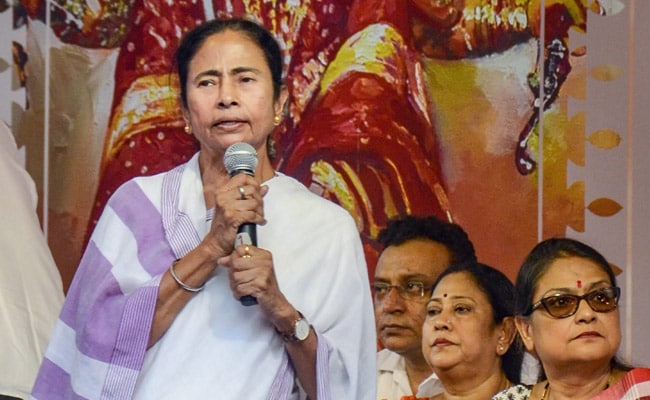 Taking a dig at West Bengal Chief Minister Mamata Banerjee, Union minister Meenakshi Lekhi today said it was “horrendous” that a state government which “banned” Durga Puja and idol immersion was taking credit for inclusion of the festival in UNESCO’s list of intangible cultural heritage of humanity.

Addressing a press conference, she said the Ministry of Culture has also sent a proposal to the United Nations Educational, Scientific and Cultural Organisation (UNESCO) to include Garba dance from Gujarat in its list of intangible cultural heritage of humanity.

Earlier this month, Mamata Banerjee had led a rally celebrating the inclusion of ‘Durga Puja in Kolkata’ in UNESCO’s Intangible Cultural Heritage of Humanity list.

“The West Bengal chief minister must be very busy and the advice she is receiving from her advisors is questionable,” Ms Lekhi, the Minister of State for Culture, taunted.

She said a proposal was sent by the culture ministry to include Durga Puja in UNESCO’s list in 2019 which was accepted in December 2021.

The MoS added that it was a matter of pride for entire India that Durga Puja was inscribed in UNESCO’s list of intangible cultural heritage and “politics on it was improper”.

“It is horrendous a state government that banned Durga Puja and idol immersion was taking credit for this feat,” she said.

She noted that all the traditions of the country should be appreciated in one voice, adding that Durga Puja was as much important in southern and western India as it was in eastern India.

Ms Lekhi will visit Kolkata on October 24 to felicitate 30 artisans and artistes,  including ‘dhakis’, idol makers, pandal makers and others associated with the Durga Puja festival.