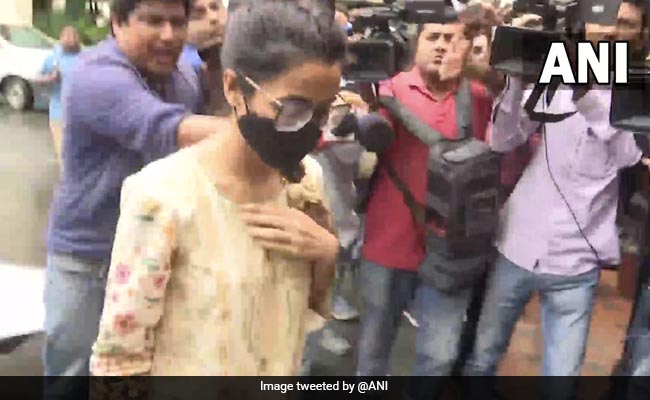 Maneka Gambhir, the sister-in-law of TMC MP Abhishek Banerjee, left the Enforcement Directorate (ED) office on Monday evening, seven hours after she appeared before it for questioning in connection with a money laundering case.

She did not take questions from waiting mediapersons.

The ED had sent fresh summons to Maneka Gambhir after it was found that the agency “erroneously” issued her a notice for appearance at 12:30 am instead of 12:30 pm on Monday, official sources said.

She was asked to appear before the agency’s officers by 2 pm in the fresh summons.

Maneka Gambhir was handed over the summons to appear at the ED office here on Monday “at 12:30 am by agency officials at the Kolkata airport on September 10” in connection with an alleged coal scam case.

She reached the ED office in Salt Lake area around the stipulated time given on the summons but as it was an erroneous date issued inadvertently, she found the office closed and returned after clicking some pictures, the sources said.

The TMC MP’s sister-in-law was accompanied by her lawyer when she visited the ED office at the time stipulated earlier.

The sources said the midnight time printed on the earlier summons was a “typographical error”.

The Calcutta High Court on August 30 directed the ED to question Maneka Gambhir at its regional office in Kolkata and not Delhi. It asked the agency also not to take coercive steps against her till the next date of hearing.

She filed a contempt petition before the Calcutta High Court on Monday claiming that the ED did not allow her to travel outside India despite no such restriction imposed on her in its order.

The ED had earlier questioned Abhishek Banerjee and his wife Rujira.