The two were walking after filling their pots with water from the Narmada river at Khedi ghat in Barwah when the accident happened. 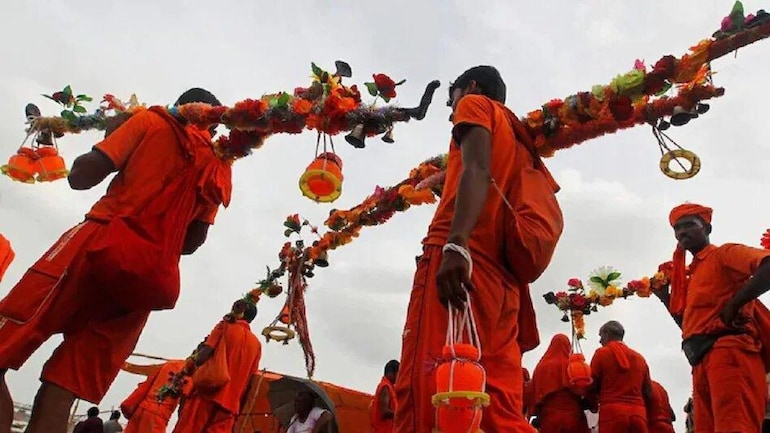 The two Kanwariyas were walking on the Indore-Ichhapur highway when the accident happened. (File/Representational)

Two Kanwariyas died on Saturday in Madhya Pradesh’s Khargone after a speeding truck ran over them during their yatra. Badrilal Patidar was crushed by the truck while Manish Dubey died after his leg was amputated due to the accident.

Police said they have arrested the truck driver.

The two deceased were residents of Madhya Pradesh’s Rangwasa. A total of 21 Kanwariyas left the village and 16 had reached their destination, while five were walking slowly when the accident took place.

A companion of the deceased, Anand Chaudhary, said they were walking after filling their pots with water from the Narmada river at Khedi ghat in Barwah when the truck crashed. The police used two cranes to rescue Badrilal Patidar, who was buried under the truck.

The dead bodies of the two deceased have been handed over to their relatives after conducting an autopsy at the Barwah Civil hospital.

(With inputs from Umesh Rewaliya)