White House Spokesperson Karine Jean-Pierre, while addressing the media on Friday, reacted to Chinese military drills in the Taiwan Strait and called them “fundamentally irresponsible”. “There is no need and there’s no reason for this escalation,” said Pierre, while adding that other members of Congress have visited Taiwan multiple times in this year alone.

Earlier, China said it conducted “precision missile strikes” in the Taiwan Strait hours after China’s People’s Liberation Army (PLA) began its “largest-ever” military exercises including live firing in the waters and in the airspace surrounding the island of Taiwan.

ALSO READ | Japan, US to cooperate on maintaining peace, stability in Taiwan Strait

This came in retaliation to US House Speaker Nancy Pelosi’s visit to Taipei which did not heed China’s warning to the US against supporting “Taiwan independence”.

The US National National Security Council Coordinator for Strategic Communications, John Kirby also echoed Pierre’s statements earlier and said, “We condemn these actions, which are irresponsible and at odds with our longstanding goal of maintaining peace and stability across the Taiwan Strait and in the region.”

China is conducting drills using land-based missiles and fighter jets around six zones encircling Taiwan. These drills are aimed at creating a blockade around key shipping ports around the island.

China’s aircraft carrier Shandong (CV-17) left the naval base of Sanya on the day of Pelosi’s visit and Liaoning-001 also raised anchor from the home base in Qingdao. 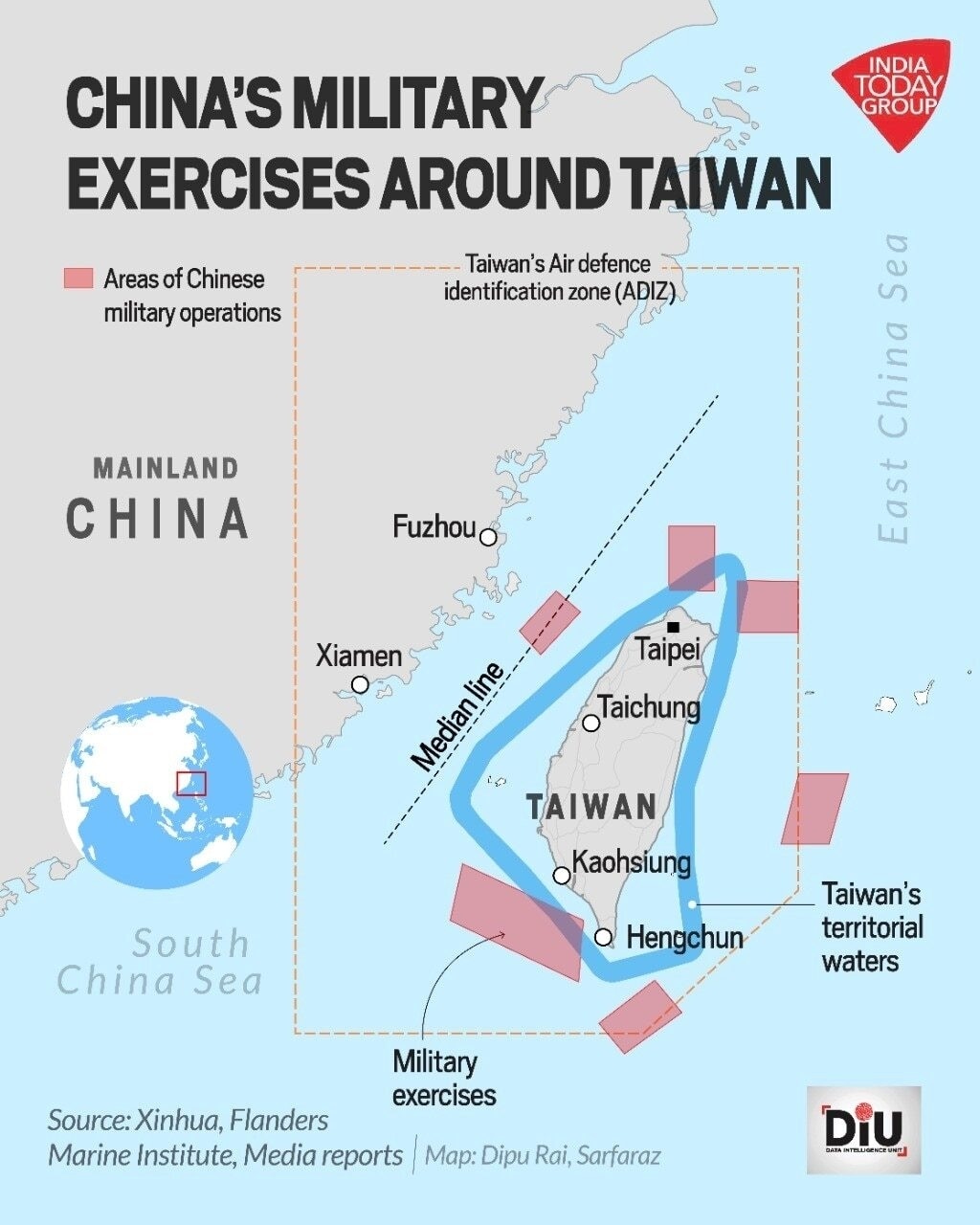 However, it is not just Chinese warships that are surrounding Taiwan. As a counter measure against China’s military incursions, the US also deployed its warships east of Taiwan. There are four US warships, including a nuclear-powered aircraft carrier that is supported by two other warships.

CHINA HALTS COOPERATION WITH US

Meanwhile, China’s foreign ministry on Friday said it has halted cooperation with the United States in a number of areas, including dialogue between senior-level military commanders and climate talks, in retaliation for Nancy Pelosi’s visit to Taiwan.

It is also suspending cooperation with the US on prevention of cross-border crime and drug trafficking, and on repatriating illegal migrants, among other measures.

Unai Emery Is Back for More